Did Cary Grant ever say "Judy, Judy, Judy" in any of his Hollywood movies?

Cary Grant never actually said that phrase “Judy, Judy, Judy” as a scripted line in any film that he made in Hollywood. Peter Bogdanovich, an American director, writer, actor, producer, critic and film historian told an audience that the genesis of the imitation came from Grant's delivery in several lines in Only Angels Have Wings. In this film Grant's former girl friend is called Judith or Judy (played by Rita Hayworth). Grant (Geoff Carter) has lines like "Hello, Judy. Come on, Judy. Now, Judy." But, he never said "Judy, Judy, Judy."

In several subsequent interviews with Grant, he expressed his bemusement over the phrase. In the 1980s, he said he thought "it started with a celebrity impersonator by the name of Larry Storch. He apparently was appearing in a nightclub and doing me when Judy Garland walked in. And, that's how he greeted her." Now, this phrase is a beloved movie line that was never spoken in a movie. 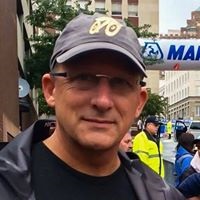 bowers dennis
michaelaorlando, As did Goober on The Andy Griffith Show.

Jon Woolery
I once heard that Grant jokingly spoke the name three times in exasperation for the director and others to hear, after having said the wrong name in a take.

johnpburkhardt
A rare true negative in a T/F question Raymond Villamor
closed my eyes and took a stab at it.

Carol Lauter
New this one! Wanda Baker
This was way before Gilligan&#39;s Island or Andy Griffith

Wanda Baker
Got it Bruce Lorenzana
If memory serves, Larry Storch was an actor who played on F Troop

nancywriter
Ed Taber, John Alexander, a stage, film and television actor, was born in Kentucky and died in New York City in 1982 at age 84. Alexander and the actresses who played the sisters were in the play and the popular film.