"Every man dies, not every man really lives" is a line from which movie?

William Wallace played by Mel Gibson in the movie "Braveheart" (1995) said: “Every man dies, not every man really lives”. Wallace was reputed to have been born in Elderslie in the 1270s; he was a freedom fighter for Scotland and Ireland against England, near the end of the 13th century.

In the film "Braveheart", Wallace (Gibson) is the medieval Scottish patriot who is spurred into revolt against the English when the love of his life is slaughtered. Leading his army into battles that become a war, his advance into England threatens King Edward I's throne. Ultimately Wallace is captured and executed, but not before becoming a symbol for a free Scotland.

"Braveheart" is an epic war film which was directed and co-produced by Mel Gibson. Other producers were Alan Ladd Jr. and Bruce Davey. The film is fictionally based on the life of Wallace leading the Scots in the 1st War of Scottish Independence against King Edward I of England. "Braveheart" was adapted for the screen by Randall Wallace. It was inspired by Blind Harry's epic poem 'The Actes and Deidis of the Illustre and Vallyeant Campioun Schir William Wallace'. Besides starring Mel Gibson, the film also stars Sophie Marceau, Patrick McGoohan and Catherine McCormack.

hector tubens
Regardless of the inaccuracies in the film, I enjoyed it.

Helga U. Williams
William Wallace was not just executed. He was disemboweled, drawn and quartered, and his head was displayed on the London Bridge.

John
Colin James Frost should think to himself its a film Nobody ever said it was a factually true. It was made to entertain,get it?

Val Wilkinson
How could you, John W Shreve, except by being inspired to go find out the truth (I do see that it might be inspiring)

Val Wilkinson
Steven Nagell, that’s tosh - there’s enough information available to have made a great film - but why let the truth get in the way of Gibson’s film making or his anti-English campaigning

Val Wilkinson
Actually many Scots and English would have liked a bit more accuracy Kermit Stanton, so don’t trivialise

Char
John Dare, I wonder why the English called the Irish Scottus..must be some sort of connection 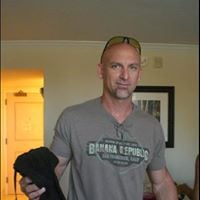 Steven Nagell
Listen! This film is not historically accurate because of the biggest fact that there just isn&#39;t enough historical data to accurately portray it! It was loosely based on lore! Mel Gibson said so himself!

ibelieverom.623
Thought it to be one of the best action films in years, EVER notice that many &#39;historical&#39; films lose accuracy in the making - Must be that is what makes them exciting &#129300;.

Sue Fairweather
Got it loved the film
Author:
billdvdman
Writer