mrsteve
Louis Michael Durocher,, He was a great general. 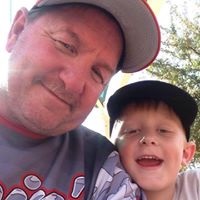 Bruce Means
bb biiiconsulting, Active. Like someone from the opposing side willing and hopeful of killing you. Facing first hand the perils of being dead by violence. Get the picture. It takes a certain mentality to force others to do that, but never have the intestinal fortitude to experience the trauma themselves.
Author:
wxbeteet
Writer