The Happy Valley set was a group of hedonistic, mostly British and Anglo-Irish aristocrats and adventurers who settled in the 'Happy Valley' region in colonial Kenya between the 1920s and the 1940s. By the 1930s, the group became infamous for its decadent lifestyles and debauchery.

Hugh Cholmondeley, 3rd Baron Delamere (1870–1931), is credited with helping form the Happy Valley set. Lord Delamere first went to Africa in 1891 for hunting and returned yearly until he was mauled by a lion. As a result, he limped for the rest of his life.

In 1906, he became the leader of the white community in Kenya. At the outbreak of WWI, Delamere was placed in charge of intelligence on the Maasai border, monitoring the movements of German units in present-day Tanzania.

The area was one of the first to be settled in Kenya by white people. Some of the notable members of the Happy Valley set were, The 3rd Baron Delamere, his son and heir, The 4th Baron Delamere, Denys Finch Hatton, Sir Jock Delves Broughton and Diana Delves Broughton, The 22nd Earl of Erroll, Lady Idina Sackville, Alice, Countess de Janze and Count Frederic de Janzé.

"Witty, attractive, well-bred, and well-read, Happy Valleyites were relentless in their pursuit to be amused, more often attaining this through drink, drugs & sex." There was heavy morphine, heroine, and cocaine use and lots of sexual promiscuity. A scandalous murder, recession & Wall Street stock market crash eventually decreased the size of the group.

Ceil G.
How fortuitous that I&#39;m reading a book right now, &quot;Murder Among the Cheetahs&quot; by Rhys Bowen which mentions Happy Valley, Lord Delamere, and Idina Sackville. It&#39;s set in Kenya in 1936. I would never have known this if I hadn&#39;t just been reading it.

Coral Harvey
Went to see he film White Mischief in the eighties . It referenced the Happy valley set . The decadence and dilatory nature of these bored Europeans did not endear them to the natives of the surrounding area.

Joe Mangan
Jas Newman, Britain = England + Wales. For Great Britain add Scotland. Then for the UK add Northern Ireland. &quot;Great Britain and Northern Ireland&quot; compete in the Olympics, perpetually taking the gold medal in the long name event, and transmogrifying into the United Kingdom in the Eurovision song contest. British can refer to Great Britain, the UK or the British Empire in days of yore. Most Anglo-Irish aristocrats were linked not to Northern Ireland but to what is now the Republic of Ireland, even if most of them only visited for the hunting and shooting and to collect rents from their tenantry. As a citizen of the Republic of Ireland I am heartened by your assurance that only those Northern fellows got up to hanky panky in Kenya (oh the youth of today!) and that none of our chaps were involved.

Char
L Lh Adams, sounds more like modern day Repubs to me as all the good ones left.

Char
Diane Herbert Wall, do did trump with two barely teens. Who knows his many more from the way his peers talked about him. Who knows what Jeff knew and that is still a puzzle..

Char
don, I agree some super bowl party say its still going on

Char
Jarrah Iluka, no just saw her a a bit ago

Char
I read about it somewhere a long time sgo

Jas Newman
&quot;... British and Anglo-Irish aristocrats ...&quot; is redundant because &quot;British&quot; can refer to the UK, which would include the Northern Irish aristocrats. 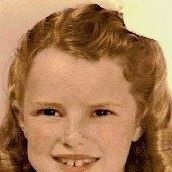 Jacquie Gariano
I hate the pop up weekly quiz list