From which 'Star Wars' film does the line, “Luke, I am your father," come from?

Here’s the excerpt from the script:

Darth Vader: "There is no escape! Don’t make me destroy you. Luke, you do not yet realize your importance. You’ve only begun to discover your power! Join me, and I will complete your training! With our combined strength, we can end this destructive conflict, and bring order to the galaxy."

Vader: "If only you knew the power of the Dark Side. Obi-Wan never told you what happened to your father."

Luke: "He told me enough! He told me you killed him!"

Vader: "Search your feelings; you know it to be true!"

The ‘Mandela effect’ is a phenomenon where people remember something incorrectly but that version is the one that becomes commonly accepted. It is our minds’ way of playing tricks on us meaning that a whole bunch of people share the same false memories.

The name of the theory was coined by people who were convinced that Nelson Mandela had died in prison in the 1980’s. Many people began to believe this despite the fact that Mandela actually died in 2013 at his home in Houghton.

Special Patrol Group
This is not trivia ....

rkcorrigan
just another trick question. These nit-picky questions should be discarded. 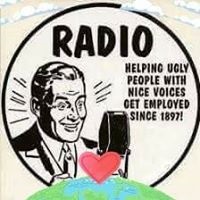 Orlando Tito Jiménez Manzano
The line in question is said in Star Wars: Episode V – The Empire Strikes Back. The movie came out in 1980 and was the second film released in the franchise.3 may 2021

Player
In which movie did I say this question is ridiculous? Psych, I did not say it in a movie.

illonabird
filmnut, Absolutely correct. I got the film right, messed up the quote.

Marian Spitzig
never watched a single one of these movies a trick question.

Paul Stringer
Picky, picky, picky! Should have never been approved.