Have Gun, Will Travel, aired from 1957 - 1963. In the first three years of production, how many episodes a year were made?

Have Gun – Will Travel is an American Western television series that aired on CBS from 1957 through 1963. It was rated number three or number four in the Nielsen ratings every year of its first four seasons. It was one of the few television shows to spawn a successful radio version. The radio series debuted November 23, 1958.

The program starred Richard Boone as Paladin. During the run of the show Boon was the highest paid TV actor at $2,000 per episode. 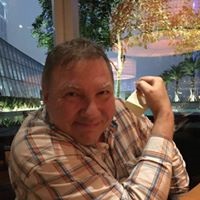 Kenneth Stevens
I&#39;m not usually a crybaby but sometimes splitting hairs with answers to questions that are trivial even for trivia can cross the line.

Nicholas Miernicki
djkforever, You are right,it would be a wonderful example of the concept of monetary inflation. At $2,000 per episode, he was the highest paid actor on TV. Imagine what the figure is today.

jojodamico
I never say this, but I got it right! Great guess on an inconsequential question!!! djkforever
Great question. They should teach this in schools. Everyone needs to know this essential information

stormejohn
Not something that I will need to remember.

Boyd Tracy
I agree with Kenneth!

Johnny Rock
Kenneth Stevens, Yeah, I had to scratch my head quite a bit on that one.
Author:
Bewley Steve
Writer