How many cities have served as a capital to the Republic of Texas?

Before joining the United States under the Texas Annexation in 1845, Texas was an independent nation known as the Republic of Texas. Seven cities served as its capital:

Karen Riedel
Geoffrey Rogers, Not the Republic of Texas at that time.

MRogers
David Tresch, you are correct that San Antonio de Bexar and San Felipe de Austin have been capital of Texas y Coahuila, a part of The Republic of Mexico. The question was for the Republic of Texas which resulted in the revolutionary army victory over the army of Santa Anna, at San Jacinto, April 25, 1836.

Phillip McCullough
Seven capitals is an incorrect answer. I believe some additional research is necessary. Geoffrey Rogers
David Tresch, I was going to say the same thing. San Felipe de Austin is a provisional according to Wikipedia. San Antonio de Bexarsays it was Mexican Texas. I wonder how come they missed those 2. 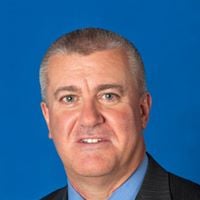 David Tresch
So I guessed 7 but in my History of Texas book it shows that you missed the two prior which were San Antonio (de Bexar) in 1834 and San Felipe de Austin in 1835. The official answer according to Texas historians should be 9.
Author:
Frank Cowell
Writer