How many counties are located on Long Island, N.Y. ?

There are 4 counties located on Long Island. The westernmost end of Long Island contains the New York City boroughs of Brooklyn (Kings County) and Queens (Queens County). The central and eastern portions contain the suburban Nassau and Suffolk counties. However, colloquial usage of the term "Long Island" usually refers only to Nassau and Suffolk counties. For example, the Federal Reserve Bank of New York has a district named "Long Island (Nassau-Suffolk Metro Division). At least as late as 1911, locations in Queens were still commonly referred to as being on Long Island. Some institutions in the New York City section of the island use the island's names, like Long Island University and Long Island Jewish Medical Center.

Fran Graybowski
If you look at a map of Long Island , Queens and Brooklyn, along with Nassau and Suffolk are all included. I am a Long Islander, born and bred. I was born in Long Island City (Queens County); my first 5 years I lived in Grendpoint (Kings County) and grew up in Hauppauge (Suffolk County ). There are 4 counties on Long Island! 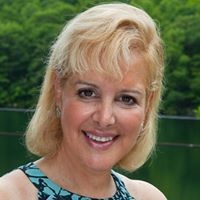 Gayl Board-Rein
That&#39;s really not accurate. There are 2 counties and 2 boroughs.

William Laughlin
Janet DeWees, New York City is composed of 5 boroughs. Each borough is also its own county. Queens borough is also known as Queens County, located entirely on Long Island. Brooklyn is also known as Kings County and is located entirely on Long Island. Together with Nassau County and Suffolk County, they make up the 4 counties of Long Island. There is nothing wrong with this question. Perhaps the trouble was with your answer.

William Laughlin
Janet DeWees, As a resident of NYC for 35 years, I can tell you that Queens and Brooklyn are indeed part of Long Island. In fact, part of Queens along the East River is called Long Island City or LIC.

Nicole Toma-Tolman
Haha, I knew it! I knew there were going to be pissed off comments about that question!