How many countries have English as their official language?

The English language has approximately 400 million native speakers worldwide, trailing only Mandarin and Spanish. However, it is also the single most popular second language. As a result, when native and non-native English speakers are combined, it is recognized as the single most widely-spoken global language.

In fact, English is recognized as an official language in a total of 67 different countries, as well as 27 non-sovereign entities. Moreover, it is a major business language, as well as the official language of a number of the world’s most important institutions, including the United Nations, NATO and the European Union.

Despite having two different official languages, Canada has the third largest English-speaking population, with somewhere in the region of 20 million native speakers, while Australia is next in the list, with around 17 million.

Some of the other notable countries around the world where English is the primary language include the Republic of Ireland, South Africa and New Zealand. Combined, these three countries are believed to be home to around 13 million people who speak English as their first language.

Charles Hunt
19% picked an option greater than the number of countries on Earth.

bina sarmah
There are no 538 counties in this world, so don&#39;t select that.

skrueger
Also, English is the official language of the air. All commercial pilots and control towers around the world speak English.

Merri Sillery
Charles Hunt, up to over 20% today. Barry Crews
And about time the official diplomatic language changed from French to English.

Merri Sillery
39.2% got this wrong! What world do they live in? Smh

Louella Wilson
Interestingly, English is only a de facto official language in England! As is the case for Australia, New Zealand, USA and the rest of the UK.

Linda Wanta
Jerry Edwards, thanks 😊 I never knew that either!

Pat Wells
I&#39;m beginning to think that writers are encouraged to make up three absurd answers so that participants will get the answers correct and keep participating. Still, some people got this one wrong. Maybe they should give up! 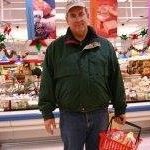 Don Tyler
While the US is mentioned in the post (and the assertions in the post are accurate) it should be noted that the US does not have any mandated or identified &quot;official&quot; language. It is a given that English is pervasive throughout, but nowhere is it &quot;officially&quot; identified. Hopefully, it was not included in the 67 total.

Louise C.
I started counting the countries, but gave up at ten lol. 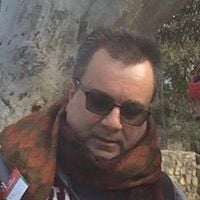