How many daughters did Charles Ingalls have at the beginning of "Little House on the Prairie"?

"Little House on the Prairie" is an American western drama television series, starring Michael Landon, Melissa Gilbert, Karen Grassle, and Melissa Sue Anderson, about a family living on a farm in Walnut Grove, Minnesota, in the 1870s and 1880s. The show is an adaptation of Laura Ingalls Wilder's best-selling series of "Little House" books. The show's central characters are Charles Ingalls (farmer and mill worker), his wife Caroline, and their three daughters, Mary, Laura, and Carrie, though the family expands with the birth of daughter Grace and adoption of son Albert in season five, as well as the adoption of birth siblings Cassandra and James at the end of season seven.

erik hughes
Need to differentiate between the book and the TV series. In the beginning of the book, he has 2, not 3.

kcortez
In the T.V. show. In the book series the where only two, Baby Carrie was born later.

sharalp
The show did not follow the books very well. I wondered if the author had read the books?

Joanne Serin
This is wrong. They started out with 2 daughters. Carrie was born during the show.

Catfish
kotakat, me an the wife toured that, she is a fan of the books, not so much the series

kotakat
I live in SD, not far from DeSmet the setting of the the &quot;Prairie&quot; books. They have reconstructed the area to look like the era. It is interesting.

Howard Groopman
Back in 1976, when I worked for the Social Security Administration in Los Angeles, I took a claim over the phone from a Mrs Gilbert, whose ex Paul had died. It was a claim for their 3 children. I asked the routine question of whether the kids had any income (which of course was always NO), and she told me that Melissa and one of the siblings made a ton of money working a few months a year on &quot;Little House,&quot; a show I did not watch.

Boyd Tracy
There was no correct answer to chose from. 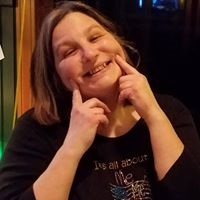 Michele Stillfluffy Vics
My favorite show in my youth; emblazoned in my heart.

Linda Spreng
littledick, Thank you for not turning this question into a political debate. However, I&#39;m not sure it is necessary to introduce religion into the quiz either. IMO

Pattie Cangelosi
It is my fav show..love it so much..hated when it ended.

littledick
Absolutely totally correct guess on my part, since I&#39;m a trinitarian. Have seen the program a few times, but since I was in college back then, no time for TV.
Author:
\\ZaiN//
Writer