How many feet are in a mile?

Mile is a length unit, which comes from ancient times. It was invented and widely used by Romans. In those times, one mile equaled 5000 Roman feet. The British road network was established by Romans, that's why the British began using miles as a length unit. Before miles a furlong (660 feet) was an important unit used by the British in agriculture, and it was important to relate miles to it. The British decided one mile to consist of eight furlongs, that's why there are 5280 feet in a mile (8 * 660 = 5280). 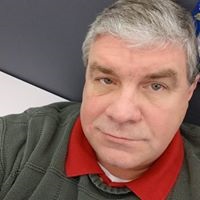 Mark Thomasy
Generally speaking, when the word &quot;mile&quot; appears without a modifier, it means a statute mile. Michael Merrill
Mile at sea is a nautical mile

Kat
I had to dig back to early school lessons, before we went metric.

Jennifer Dyster
Rememberedd that from school in the early 60s . In my teens we switched to km dollars and cents litres etc . Much simpler

r peladeau
Things you forget when your country goes metric

teresab
5280 is one measurement I remember all too well from imperial measures. And 1760 feet in a mile.

Effren Hernandez
Great question, however, I will take this opportunity to propose the Metric systems, much more pure, simple and to the point! L Lh Adams
In about 1966,a Jr. High School science Teacher told us that the USA would be fully converted to the metric system by 1972. I remarked that it would never happen,and it hasn&#39;t!