How many miles was Colonel Charles Lindbergh's epic flight?

At 7:52 A.M., May 20, 1927 Charles Lindbergh gunned the engine of the "Spirit of St Louis" and aimed her down the dirt runway of Roosevelt Field, Long Island. Heavily laden with fuel, the plane bounced down the muddy field, gradually became airborne and barely cleared the telephone wires at the field's edge. The crowd of 500 thought they had witnessed a miracle. Thirty-three and one half-hours and 3,500 miles later he landed in Paris, the first to fly the Atlantic alone.

Richard D. Boyle
A little further than a flight from San Francisco to Miami or from Los Angeles to Boston but a long haul for a solo single engine and no way to nap.

filmnut
“The Lone Eagle “ as Col. Lindbergh was none as after his flight was an amazing man. He appeared in the South Pacific during WWII at an USAAC Base where a wing of twin engine, P-38s . . . after tinkering with the carburetors on the airplanes he squeezed Hundreds of more miles out of them. 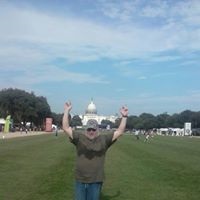 Glenn Harshman
3618 miles would be correct

Marian Spitzig
It was over 3600 miles.

Special Patrol Group
After traveling more than 3,600 miles in 33 and a half hours, Lindbergh landed safely in Paris.