How many pegs, marbles or pieces are on the board at the beginning of a board game of solitaire?

This game is said to have occurred in the middle of the 17th century, at the court of Louis XIV. This board game for one player is still played worldwide, including American, European and Asian countries.

At the beginning of the game the player is faced with a 33 point board in a cross shape with 32 pegs, marbles or pieces. These pieces fill every gap of the board except one - the middle one. The player's objective is to remove every token from board, leaving only one of them in the center hole. The pieces are removed by subsequent capturing moves: you can jump one piece over another (not diagonally) into 2 positions away, and this way the jumped piece will be removed.

This way, the first move is possible only for one of the 4 tokens, able to jump into the empty hole in the middle. After the first turn the player can be creative. The game is played until there are no possible capturing moves left.

Stevie G
CaliBatgurl , That is nice to hear ... that is one of the positives I find on this site ... learning new things. 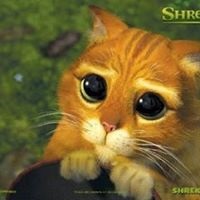 Marilyn Anderson
it really depends on what country you are from. Cindy Sherwood
Never heard of it, either. In America Solitaire is a card game for 1.

Bob Miller
New one to me. wonder if t his cam from the same world as Chinese checkers?

Char
Getting the answer was pure luck as I have never heard of board solitaire only cards.

james parrillo
Darlene Davidson, It sounds like Chinese checkers, but that does not start with 33 marbles, and I thought any space could be left cleared. I suppose I was playing solitaire the whole time. Thank you, Christine, James&#39;s wife

Joyce Greenlees
There is a card game called solitaire and there’s a board game. The board game is usually a wooden board with holes cut into it. Small pegs are placed in these holes and the idea is to leapfrog one peg over another, one at a time. The end game is to have the final peg in the hole at the dead centre.

ldross
Had to guess (without going to our game board cabinet) because the one we have with pegs has fewer pieces ..

jack patti go
Never heard of this game! I only know the card game of Solitare!

Carl Belken
My relatives played a board game similar to this but it was a multi-player game.

Chriss Crockford
I used to have one of these many years ago.

Ilias Tsiabardas
Never heard of that ,Lucky guess Got it right

Janette Will
Enjoyed playing this as a child. I think this might have originated in the UK. I grew up In the antipodes where we inherited a lot of British games.