How many people died during an unusual man-made disaster on Lake Peigneur in 1980?

Lake Peigneur is a brackish lake in the US state of Louisiana, 1.2 miles (1.9 km) north of Delcambre and 9.1 miles (14.6 km) west of New Iberia, near the northernmost tip of Vermilion Bay. With a maximum depth of 200 feet (61 m), it is the deepest lake in Louisiana.

It was a 10-foot (3 m) deep freshwater body, popular with sportsmen, until an unusual man-made disaster on November 20, 1980 changed its structure and the surrounding land.

Although there were no injuries and no human lives lost, three dogs were reported killed. All 55 employees in the mine at the time of the accident were able to escape, while the crew of the drilling rig fled the platform before it was sucked down into the new depths of the lake; a fisherman who was on the lake at the time was able to pilot his small boat to shore and escape. Days after the disaster, once the water pressure equalized, nine of the eleven sunken barges popped out of the whirlpool and refloated on the lake's surface.

Charlie Chase
So what happened? 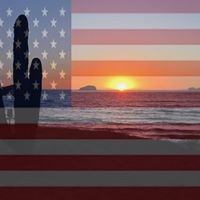 Mattie York-McAlister
Thanks billyboy915. You supplied the info that I was interested in. Results never tell us the cause.

billyboy915
The most crucial bit of information was left out of this piece. The disaster was that Texaco was drilling in the lake and miscalculated, drilling into a Diamond Crystal salt mine beneath the lake. The mine flooded as water drained into the mine, pulling down eleven barges. It&#39;s a miracle that no lives were lost on the rig, on the barges, and in the mine. Why this crucial information was omitted from the report is beyond me! Oh, I know: it was a Carol Whites Q &amp; A.