How many stars are there on the flag of New Zealand?

The flag of New Zealand, also known as the New Zealand Ensign, is based on the British maritime Blue Ensign – a blue field with the Union Jack in the canton or upper hoist corner – augmented or defaced with four white-bordered red stars, representing the Southern Cross constellation. The current flag was designed and adopted for use on the colony's ships in 1869, was quickly adopted as New Zealand's national flag, and given statutory recognition in 1902.

Cheryl Perkins
Well in New Zealand we only acknowledge 4 stars on our flag.

Alan B Mitchell
As the stars represent the Southern Cross constellation technically there should be FIVE. However as it is merely a representation of the stars I suggest four is a closer answer than eight. Can I also suggest that as this is merely a game and no-one dies why not just get on with playing rather than squabbling like silly little spoiled children?!!

Leapy Lee
If the flag is to represent the Southern Cross, then there can&#39;t be 8 stars. It is common logic regardless of what you think you can see!

Elsy O. Stromberg
Vince Savage, No- the stars are outlined in white: only four stars.

Len Johnson
WHAT?!! No picture?

John W Shreve
Why don&#39;t you all compromise and call it 6? Bad Nora
Vince Savage, with you on this one. What New Zealanders acknowledge is moot.

michael d engels
There are only four stars, albeit they are stylized, on NZ&#39;s flag... not eight, as some have said.

Richard D. Boyle
Blairly21, There are four red stars each with a white border put there to enhance the contrast against the dark blue background. The four stars have been accepted as a representation of the Southern Cross since the 16th Century. Any Kiwi knows this. Ask them. Wiki has led everyone astray. It happens with Wiki. Try Britannica. The answer is four. You can take it to the bank.

Richard D. Boyle
Leapy Lee, you are absolutely correct. Four is the answer and Wiki is wrong. Don’t any of these “Eighters” know how to do research? Ask any Kiwi!

Richard D. Boyle
Cheryl Perkins, you only acknowledge four stars because there are only four stars and for good reason. No kiwi has joined the absurd rush to claim eight nor is the eight claim backed by any reliable source. They are all relying on Wiki which is frequently wrong as in this case. New Zealanders should know...and DO!

Richard D. Boyle
Vince Savage, Vince, it might help to check what the Kiwi and the New Zealanders have to say. They all say 4 stars by the was as do every source other than Wiki. Jarrah has been right from the beginning. The 4 red stars simply have a white border to make them stand out against the dark blue background. It’s no more complicated than that. Wiki has it wrong. See if you can get a New Zealander to agree with you. Good luck. 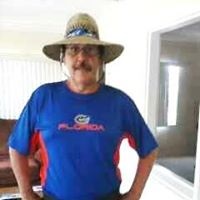