Bob Blumrick
The Texas Secession Referendum of January 1861 was far from unanimous. In fact, 18 counties voted against secession, including Fayette County, where my Bohemian ancestors had settled. Most German (Austrian) settlers in these counties were opposed to slavery or secession. Governor Sam Houston was ousted from office for refusing to pledge allegiance to the Confederacy. For all of his services to Texas, as General at San Jacinto, President of the new Republic of Texas, as a Senator representing Texas in Washington, he was exiled to his “Steamboat House” in Huntsville, where he died in 1863, believing he had failed. There is a great book by Ron Rozelle, ‘Exiled: The Last Days of Sam Houston’. Houston’s final words to his wife were, “Texas, Margaret! Texas!”

Larry Jones
When you are a native of and live in one of the states that made the mistake of seceding, the answer is easy to remember. Kentucky was divided over the issue, so they remained part of the Union. Missouri was admitted to the Union as a slave state, but didn&#39;t secede. Wikipedia&#39;s information is unreliable. 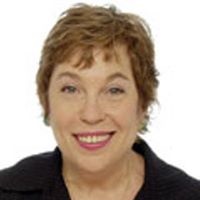 Joan Adams
Barbara Ell, Very interesting. Wish I could go back in time and correct my teacher! Ah, well...Thanks for the correction; it’s always good to learn.

Char
topbcat, KY stayed neutral I was always told being from there

Char
Vicki Hensinger, KY was neutral had one bunch that went elsewhere to fight

Barbara Ell
Joan Adams, that is incorrect. The CSA wanted no part of the United States. They were wanting to be a separate country altogether. Originally on the flag were 7 stars representing the 7 states to first want to secede from the Union. They kept adding stars as more states joined their cause. While 11 states formally seceded, parts of Kentucky and Missouri were wanting to join the CSA. Which is why the flag ended up with 13 stars.

Barbara Ell
chipdhf, The Stars and Bars have 13 stars representing the 11 states plus Kentucky and Missouri who never formally withdrew from the Union. Vicki Hensinger
Missouri and Kentucky make up the 13 CSA 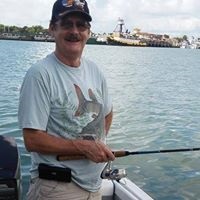 Jack Scott
According to Wikipedia there were only 7 states that became the Confederate ,

Corey Taylor
Really, the people of only 10 states wanted to secede. Citizens of Tennessee were NOT happy that their leaders threw in with the Confederacy, so thousands of their men volunteered to fight with the Union Army.

Terry Masterson
chipdhf, I believe they counted Tennessee and Kentucky as states that seceded but the Union prevented them from ever leaving by stationing troops there that maintained the Union presence. As the next person said, West VA did split from VA I believe in 1863.

topbcat
chipdhf, The 2 extra stars were for the contested states of Kentucky and Missouri which the Confederacy claimed.

chipdhf
Then why are there 13 stars on the confederate flag?
Author:
E11-Hitman
Writer