How many volts are in lightning?

Lightning is formed form a buildup of charge in the atmosphere. It build up charge from the static from water droplets. This causes a charged cloud. This charged cloud induces an oppositely charged surface on the earth. Ions between these two sources flow through the air and form a "path"in the air. This path is lower in resistance than the surrounding air and charge flows through this channel, creating lightning.

Electricity is the flow of charge. The current is the amount of charge that flows through a cross-sectional area in one second. Voltage is the work done per charge. The voltage of lightning varies with certain altitudes and thickness of the bolt. These fluctuating values are caused by the fact that the cloud and earth act as capacitors. A capacitor is a device used to store charge. When the spacing between them increases, the voltage needed to produce lightning increases. Benjamin Franklin's experiment during a thunderstorm helped to reveal that lightning is electricity and that the charges can be conducted to the ground without causing much damage using a lightning rod.

Lightning can have 100 million to 1 billion volts, and contains billions of watts.

VDog
According to weather.gov -- A typical lightning flash is about 300 million Volts and about 30,000 Amps. In comparison, household current is 120 Volts and 15 Amps 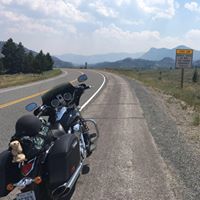 Richard G Schwartz
Dosen&#39;t it depend on how long the storm lasts?

Alan Waites
A bolt of lightning discharges between 10 and 100 million volts of electricity. An average lightning stroke has 30,000 amperes. Reference: ebrary.net/5778/education/bright_lightning Pierre Poirier
I met a man when i had my cataract operation who has been struck by lightning. They had to operate on him. But his nerve were so charged, no amount of anasthesia work. They operated him regardless. Needless to say, he was very nervous about the cataract operationwondering if the anasthesia would work. He came out of the OR as i entered it and he was happy to tell me that the localanasthetic worked just fine

Rob Farr
A good guess turned out to be correct ... I’m not about to try to measure it to prove the point.
Author:
RexTSiciliano
Writer