In demonology, who is known as one of the seven princes of Hell?

Beelzebub or Beelzebul is a name derived from a Philistine god, formerly worshipped in Ekron, and later adopted by some Abrahamic religions as a major demon. The name Beelzebub is associated with the Canaanite god Baal.

In theological sources, predominantly Christian, Beelzebub is sometimes another name for the devil, similar to Satan. He is known in demonology as one of the seven princes of Hell. The Dictionnaire Infernal describes Beelzebub as a being capable of flying, known as the "Lord of the Flyers", or the "Lord of the Flies".

David Ching
The Princes of Hell were the first generation of demons created by Lucifer. Azazel, Dagon, Ramiel, Asmodeus, Casteil and Belial have been named. Beelzebub may be the seventh and he would represent gluttony.

Cheryl Perkins
I don&#39;t believe in god or the devil. Only evil people.

Bridy4u
Char, He WAS! Look up images and you see a fat elephant named Behemoth. Beelzebub served Behemoth. Lord of the flies and a fat gluttonous elephant. Mike Pence debate with the fly on his head. DJT throwing plates, and getting violently, hysterical

Catrin
Cheryl Perkins, - which has absolutely nothing to do with this question, does it ?

Char
Cheryl Perkins, me too but it&#39;s still interesting and I&#39;m curious about who came up with these answers in religion

Char
Howard Groopman, I agree and his minions

Richard G Schwartz
Thanks for the info David and Kevin.

Kareem Kamal
The picture is question marks again. (lowers standards). When reviewing, I have challenged authors several times submitting photos of question marks. Every time &#39;admin&#39; says &#39;don&#39;t be too strict, others have passed this....&#39; Something is wrong here. 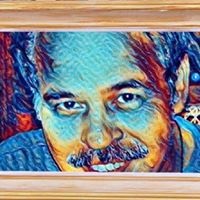 chipdhf
Dagon is listed a s a prince of hell. Beelzebub is another name for Lucifer.