In Major League Baseball's National League, who was the first ballplayer to sign a $100,000 contract?

He signed the National League’s first $100,000 contract in 1958, saying that he saw himself playing “one or two more years.” That same year he became a member of the 3000-hit club and finished with a batting average of .337.

In 22 years, he was never ejected from a game.

When he finally got around to retiring from baseball September 29, 1963, he had a career batting average of .331 and he held nearly every National League hitting record.

Bob Blumrick
Nicholas Miernicki, I didn&#39;t know he was a spy (and I guess the enemy didn&#39;t know, either). I knew he served for 47 months, longer than any other major league player, though many did serve, Musial and Ted Williams being two of the most prominent. Several actors served as well. It was a different mindset back then.

Nicholas Miernicki
Bob Blumrick, Greenberg was, also, a spy for the US.

Bob Blumrick
OK, Jim. I see however, that Mr. Greenberg played for the American League Detroit Tigers from 1933 to 1947 (except for 1941-45 when he served in the U.S. Army during World War II), when he signed with the National League Pittsburgh Pirates in 1947. According to Wiki, &quot;In 1947, Greenberg and the Tigers had a lengthy salary dispute. When Greenberg decided to retire rather than play for less, Detroit sold his contract to the Pittsburgh Pirates. To persuade him not to retire, Pittsburgh made Greenberg the first baseball player to earn over $80,000 ($927,000 today) in a season as pure salary (though the exact amount is a matter of some dispute).&quot; 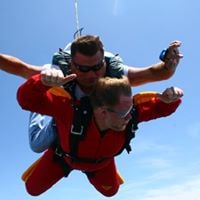