In many middle eastern countries, what is this headdress known as?

The keffiyeh or kufiya (also known as a ghutrah, shemagh, ḥaṭṭah, mashadah, or chafiye), is a traditional Arab headdress, or what is sometimes called a habit, worn in the Middle East with origins from the Fertile Crescent fashioned from a square scarf, usually made of cotton.

It is commonly found in arid regions as it provides protection from sunburn, dust and sand. Toward the end of the 1980s, the keffiyeh became a fashion accessory in the United States and, during the 2000s, it became very popular among teenagers in Tokyo, Japan, where it is worn with camouflage-style clothing.

Its prominence increased during the 1960s with the beginning of the Palestinian resistance movement and its adoption by Palestinian leader Yasser Arafat.

Arafat would wear his keffiyeh in a semi-traditional way, wrapped around his head via an agal. He also wore a similarly patterned piece of cloth in the neckline of his military fatigues.

Early on, he had made it his personal trademark to drape the scarf over his right shoulder only, arranging it in the rough shape of a triangle, to resemble the outlines of historic Palestine. This way of wearing the keffiyeh became a symbol of Arafat as a person and political leader, and it has not been imitated by other Palestinian leaders.

teresab
Is the Tam supposed to be a Tam o&#39; shanter?

Alan Straff
Tania Black, why not a picture of Yasser Arafat? 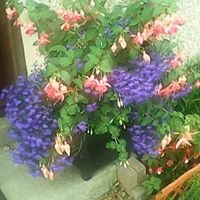 Fran Donnelly
John McLardie, a scarf is wound around the head and tucked in to keep it in place. Often worn in factories for hygiene purposes. The correct spelling is Turban.