In mixology, what is a shandy?

Shandy is beer mixed with a clear carbonated lemon-lime drink or a clear lemon-flavoured beverage, and many variations thereof. In Europe, New Zealand, and Australia, this clear lemon-lime soda is referred to as "lemonade," and when mixed with beer it is called "lemon shandy".

The proportions of the two ingredients are adjusted to taste, but are frequently half lemonade and half beer. Shandies are popular in Europe, Australia, New Zealand, South Africa, and Canada (where they are sometimes known by the French name 'Panaché').

In some jurisdictions, the low alcohol content of shandies makes them exempt from laws governing the sale of alcoholic beverages. Non-alcoholic shandies are known as "rock shandies".

'Biermischgetränke' ("beer-based mixed drinks") are popular in Germany. Sometimes, non-alcoholic beer is used, so the drink has no significant alcohol content. A common ingredient of these drinks is German-style carbonated lemonade.

In Berlin and eastern Germany, the Potsdamer, a 50/50 mixture of light-coloured beer and flavoured soda, is a popular drink. The soda used in a Potsdamer is flavoured with a shot of raspberry syrup, giving it a red colour.

Ray Anderson
In British countries, a shandy is beer and lemonade (7up in US language).

Cheryl Perkins
I have never heard a shandy referred to as a lemon shandy in New Zealand. It is just a shandy. It is so hot this afternoon I would love one but have no lemonade.

Leapy Lee
In Australia it is just called a Shandy. Never heard of a &quot;lemon shandy&quot; regardless of what it says on Wikipaedia. I&#39;m sure if you asked for a lemon shandy in a pub here, the bar staff wouldn&#39;t have a clue what you wanted 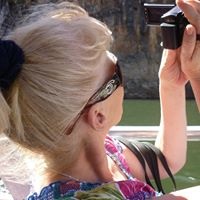 Char
Sounds horrid my fave is tea and lemonade of course I don&#39;t like beer so!? Gives me goosebumps

Wayne Linburg
It is a refreshing drink. I prefer it with either 7up or Sprite.

Wayne Linburg
Ray Anderson, I think it tastes better with 7up. Try it

Sean Case
My Mother told me that it came from SHANTY towns that existed during &amp; after the depression! Created by Irish folk , it was meant to make beer shareable! Jody Blake
No lemonade not lemon-lime

Jenny Devereaux
Leapy Lee, perhaps they would put a slice of lemon in as well. Lol

Jenny Devereaux
I like a nice shandy in the summer.

Carol Fink Teitelbaum
Had my first shandy in London back in ‘73 as a visiting college student. Thought it would be awful—-was great!