In music, which of these is applied to a violin bow?

Players of bowed string instruments rub cakes or blocks of rosin on their bow hair so it can grip the strings and make them speak, or vibrate clearly. Extra substances such as beeswax, gold, silver, tin, or meteoric iron are sometimes added to the rosin to modify its stiction/friction properties and the tone it produces.

Powdered rosin can be applied to new hair, for example with a felt pad or cloth, to reduce the time taken in getting sufficient rosin onto the hair. Rosin is often reapplied immediately before playing the instrument. Lighter rosin is generally preferred for violins and violas, and in high-humidity climates, while darker rosins are preferred for cellos, and for players in cool, dry areas.

mjhiggins
Johnny, rosin up your bow and play your fiddle hard. Cause hells broke loose in Georgia, and the devil deals the cards.🎻

Carolyn Brior
Perhaps the explanation could have included a definition of rosin? Rosin is a solid form of resin obtained from pines and some other plants, mostly conifers, produced by heating fresh liquid resin to vaporize the volatile liquid terpene components. Noelle Waugh
It doesn’t tell us what rosin actually is. Susan Bouza
Thank you Carolyn, I was wondering what Rosin actually was! The answer was not really complete.

Helen Dakin
Lynne Zeman, there&#39;s an app called nextdoor. Good place to ask questions of people in your area. We have the app in Australia. Not sure if you&#39;ve got it in the us.

Sue Hardie
I thought it was resin.

M Renz
I played violin so knew the answer. It is a pine resin.

ninakamwene
mjhiggins, Thank you for sharing. I had not a clue. Be well.

Karen W
Noelle Waugh, Agreed, that is an incomplete explanation. It is very typical from this “author”. That being said, rosin is basically solidified tree sap, usually from pine or fir treeS. Dan Barnett
Carolyn Brior, Thank you, a much better answer than the one given 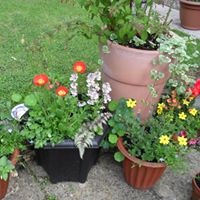 Richard G Schwartz
My best friend in elementary school played the violin and I remember him doing something to the bow and I can&#39;t remember what.
Author:
brian l
Writer