In the 1955 Humphrey Bogart film "We're No Angels", what kind of pet did the character Albert (Aldo Ray) have?

The movie is a dark comedy about three escaped convicts (Bogart, Ustinov and Ray) from the French prison in South America, Devil's Island. The convicts hide in a store while waiting for a ship and become the "guardian angels" for Leo G. Carroll's family who own the store. Basil Rathbone and John Baer play the Trouchards who plan on taking the store, which they perceive is unprofitable due to its use of credit. It turns out that John Baer is betrothed to another woman, to Gloria Talbott's dismay. Before any action can be taken, both men are bitten by Aldo Ray's pet viper, Adolphe, and die nearly instantly. Talbott finds another love, and the family is happy as the convicts finally ready for their postponed escape. However, while waiting on the docks for their boat to arrive, the threesome reconsiders. Judging that the outside world is likely to be worse than that of the prison, they decide to turn themselves back in. As they walk toward it at film's end halos appear over their heads...followed by one above the cage of Adolphe.

John W Shreve
Jas Newman, A movie that&#39;s not true to reality? This must stop!

Carl Belken
Saw it as a kid and still love it to this day.

Jas Newman
filmnut, No Idea what species of snake played the role, but people don&#39;t die instantly from a coral snake bite.

filmnut
It’s a “coral snake” to bad the film wasn’t in color.

mkrash
Have I seen this question before as it sounds familure 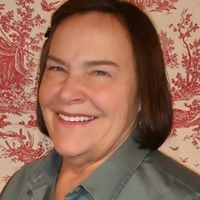 Mary Beth Snider
Loved this movie as well as the play!

anthonygriffin
The 1955 film &quot;We&#39;re No Angels&quot; has a very strong cast, that is led by Actor Humphrey Bogart. The plot of the movie has a very strong storyline, that is just in time for showing during the holiday season. Michael Dziegrenuk
i thought that was a coral snake!
Author:
Bewley Steve
Writer