In what city's harbour is 'The Little Mermaid' statue?

The Little Mermaid (Danish: Den lille Havfrue) is a bronze statue by Edvard Eriksen, depicting a mermaid. The sculpture is displayed on a rock by the waterside at the Langelinie promenade in Copenhagen, Denmark. It is 1.25 metres (4.1 ft) tall and weighs 175 kilograms (385 lb).

Based on the fairy tale of the same name by Danish author Hans Christian Andersen, the small and unimposing statue is a Copenhagen icon and has been a major tourist attraction since its unveiling in 1913. In recent decades it has become a popular target for defacement by vandals and political activists.

Mermaid is among iconic statues that symbolize cities; others include: Manneken Pis in Brussels, the Statue of Liberty in New York and Christ the Redeemer in Rio de Janeiro. In several cases, cities have commissioned statues for such a purpose, such as with Singapore's Merlion.

sassykit
Why would political activist destroy this statue??

mihosh
Have been there a few times, last time while on a cruise and could see it from the deck of our cruise ship 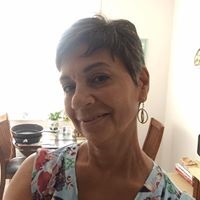 Spencer
Nice place but this question is definitely a repeat.

skipsmart
Second quiz in 2 days this question has been on Pauline Grant
My dad brought me a little dish home from Copenhagen when he was in the RN it had a little mermaid on the lid, that is how I knew, still have the little dish, not in such good condition now, it has to be 60 years old. Nice memories of my dad. Thanks for that question. thevoyers
Beautiful statue, but I see a woman with two legs and feet! Not a fish tail!