In what month and year did an earthquake in Christchurch, New Zealand, kill 185 people?

At 12:15pm on the 22nd February 2011 a 6.2 magnitude earthquake shook Christchurch and surrounding areas. The epicentre was situated 6.7 kms SE of the city centre and was only 5 kms deep.

Although this shock was smaller than the 7.1 Canterbury earthquake of September 2010, its effect was far more devastating. Many buildings had been weakend by the Canterbury quake and subsequent, significant aftershocks. Many of the weaknessess were not known as they were inaccessible to engineers. Also this February 2011 quake had both lateral and vertical shaking causing some already earthquake strengthened and other brick buildings to suffer extensive damage.

By 2015 a total of 1240 buildings in the central city had been demolished. Among these were 43% of Christchurch's heritage listed buildings which owners could not afford to repair or rebuild.

The collapses of the six storey CTV (old Christchurch Television) building and the four storey Pyne Gould Guiness House caused 115 and 18 deaths respectively. Two people were killed by rockfalls on the Port Hills and 50 by falling masonry either crushing them directly or the vehicles they were in. This adds to a total of 185 deaths.

In the northeast of Christchurch an estimated 200,000 tons of liquefaction, soil turned into a liquid by shaking, caused major damage to roading, infrastructure and the land. A 648 ha (1,600 ac) residential red zone, in which 10,000 people used to live, has been formed on both sides of the Avon River. Marlene Sheehan
I lived through every quake and aftershock and it was very stressful and traumatic. It was 12.51 pm, not 12.15 pm.

Chriss Crockford
I actually saw this last night on an old Jane McDonald’s cruise. Tragic for all involved. 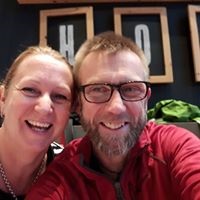 David Ching
Julie Allen, My daughter (LIS paramedic) took both those injured to hospital - the one who was upstairs when the chimney fell on him was not in good order.

Allan Orton
Sorry Brett and Dowill, no one was killed on 4 September. But my sister&#39;s grand piano came to a horrible end, and my mother lost a jar of her favourite marmalade. David Brenssell
dowill, Hi , There was only 1 death in the 2010 earthquake and that was a heart attack . The 185 deaths occured during the 2011 quake . The description is confusing .

Julie Allen
Bret Schwarz, he September 2010 earthquake caused two Christchurch residents to be seriously injured, one by a falling chimney and a second by flying glass, and led to many with less serious injuries. One person died of a heart attack suffered during the quake, but doctors could not determine whether the quake was the cause.
Author:
Kath Thomson
Writer