In which city is the English Football Hall of Fame located?

The English Football Hall of Fame is housed at the National Football Museum in Manchester, England. The Hall aims to celebrate and highlight the achievements of the all-time top English footballing talents, as well as non-English players and managers who have become significant figures in the history of the English game. New members are added each year, with an induction ceremony held in the autumn, formerly at varying locations, but exclusively at the Museum itself following its move to Manchester's Urbis building in 2012.

The Hall is on permanent display at the Museum. An accompanying book, The Football Hall of Fame: The Official Guide to the Greatest Footballing Legends of All Time, was first published in October 2005 by Robson Books. Authored by football historian Rob Galvin and the Museum's founding curator Mark Bushell, it is updated every year with the newest inductees, containing an in-depth profile about the career and reputation of each one, along with a select exhibit from the Museum which relates to their achievements. Kevin Koslowski-Smith
Bath is my Rugby team...Salisbury &amp; Exeter are also very south... The only one North &amp; making any sense was Manchester... Football crazy mancunians!

Denise Currie
Went there with one of my Grandaughters

earlepg
I don&#39;t follow the sport at all, but all the questions with Manchester as the answer led me there.

Roslyn Russell
Of course it had to be Manchester!

james parrillo
Alan Waites, Thank you for sharing the account of this valiant athlete.

Alan Waites
2ndlt Donald Bell&#39;s Victoria Cross is in the Hall of Fame. He played for Bradford (Park Avenue) but was the first professional footballer to enlist in 1914. He won the VC for attacking a machine gun post during the Somme conflict in 1916 Sadly he lost his life 5 days later carrying out a similar attack. Donald Bell was, and remains the only footballer to have received the Victoria Cross. 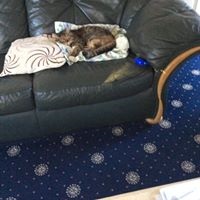 Maggie Barber
It is in Manchester. I live there and have visited it. It used to be in Preston

David Roy
Bridy4u , it&#39;s in Exchange Square, which is in Manchester City centre.

Howard Groopman
Went with the one with the famous teams.
Author:
brian l
Writer