In which city was the first person to be convicted of driving while intoxicated?

With alcohol consumption, a drunk driver's level of intoxication is typically determined by a measurement of blood alcohol content or BAC; but this can also be expressed as a breath test measurement, often referred to as a BrAC. A BAC or BrAC measurement in excess of the specific threshold level, such as 0.08%, defines the criminal offense with no need to prove impairment. In some jurisdictions, there is an aggravated category of the offense at a higher BAC level, such as 0.12%, 0.15% or 0.25%. In many jurisdictions, police officers can conduct field tests of suspects to look for signs of intoxication.

George Smith, a London Taxi cab driver, ended up being the first person to be convicted of driving while intoxicated, on September 10, 1897. He was fined 25 shillings, which is equivalent to £139 in 2018.

Bob Fowler
Bob Fowler, should have read Know how.

Bob Fowler
Good old Blighty we now how to set the rules . Not had the problem myself having never been caught, sorry I mean never been intoxicated whilst in charge of a Motor Vehicle . 🥴

earlepg
Ilias Tsiabardas, Used that too, but still had to choose between the two to get it.

Val Wilkinson
And being able to say “the Leith Police Dismisseth Us” David Colloby,

Val Wilkinson
Not necessarily- but you still can’t be under the influence Patricia Cairns,

Val Wilkinson
Good to have the controls in place!

docluci
I had no idea where the first DUI was awarded!!!!! I guessed wrong since the correct answer is London

Mr.LaFaye
Interesting... Good Q and A 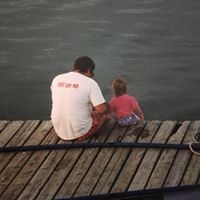 tbear
Boy, did I get that one wrong!👎
Author:
brian l
Writer