In which conflict did the 'Kearny Incident' occur?

USS Kearny (DD-432), a Benson-Livermore-class destroyer, was a United States Navy warship during World War II. She was named in honour of Commodore Lawrence Kearny (1789–1868).

In October 1941, while the U.S. was still officially neutral in World War II, U.S.S. Kearny was docked at Reykjavík, in U.S.-occupied Iceland. A "wolfpack" of German U-boats attacked a nearby British convoy and overwhelmed her Canadian escorts. Kearny and three other U.S. destroyers were summoned to assist.

Immediately on reaching the action, Kearny dropped depth charges on the U-boats, and continued to barrage throughout the night. (This action was specifically cited as a provocation in Hitler's declaration of war on the U.S. two months later.) At the beginning of the midwatch 17 October, a torpedo fired by U-568 struck Kearny on the starboard side. The crew confined flooding to the forward fire room, enabling the ship to get out of the danger zone with power from the aft engine and fire room. Regaining power in the forward engine room, Kearny steamed to Iceland at 10 knots (20 km/h), arriving 19 October. Kearny lost 11 men killed, and 22 others were injured. After temporary repairs Kearny got underway Christmas Day 1941, and moored six days later at Boston, Massachusetts, for permanent repairs.

The survival of Kearny led to renewed support for split fire rooms and engine rooms in naval vessels.

Albeck1994
Felicity Hewitt, no I hadn&#39;t either, but that might also explain why Japan decided to attack pearl harbour .

njmuscat
Felicity Hewitt, Nope Me Neither... 😱😱😱 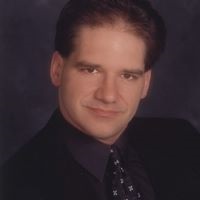