In which country is Milan located?

Milan is a city in northern Italy, capital of Lombardy, and the second-most populous city in Italy after Rome, with the city proper having a population of 1,395,274 while its metropolitan city has a population of 3,259,835. Its continuously built-up urban area (that stretches beyond the boundaries of the Metropolitan City of Milan) has a population estimated to be about 5,270,000 over 1,891 square kilometres (730 square miles).

The wider Milan metropolitan area, known as Greater Milan, is a polycentric metropolitan region that extends over central Lombardy and eastern Piedmont and which counts an estimated total population of 7.5 million, making it by far the largest metropolitan area in Italy and the 54th largest in the world. Milan served as capital of the Western Roman Empire from 286 to 402 and the Duchy of Milan during the medieval period and early modern age.

deborahpmercer
There&#39;s no law that says all questions have to be ultra-hard!

erik hughes
Mr.LaFaye, there&#39;s no such thing as &quot;Ice Tea&quot;, unless you&#39;re talking &quot;Slush&quot;. The name is &quot;Iced Tea&quot;. Thanks for letting my snark out...

erik hughes
Not &quot;Trivia&quot; at all - more like a test for a 3rd grader...

Richard Jamieson
I don’t like to be rude, but I think that Carol may only be able to answer her own questions. Pretty low level if I may say so. Publicola
Lana Collins Reigart, The purpose is not to accumulate points but to learn something. I used to enjoy this game, but don&#39;t find it challenging anymore and I don&#39;t learn much from it. It is quickly becoming a waste of my time.

Mr.LaFaye
tesla alset says it&#39;s so. She knows cause she is so smart. Good Job. Ask larrywagner he will tell you too. He lets Telsa catch up. Larry also likes to drink kool-aid at his mom&#39;s house, he said so tbear rubs her back all the time I like Ice Tea.

Kathleen Bishop
Can&#39;t believe that there we people who got this incorrect.

Mic Fenst
More properly, Milano. It&#39;s like asking in which country is Vienna instead of Wien. 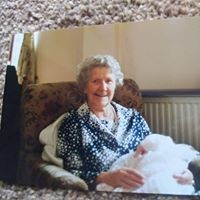 Sue Grayson
Alan Waites, And Northern Ireland. You forgot that.

Sue Grayson
Jacqueline Tattam, After her/its earlier question in this quiz, I didn&#39;t think it could get more basic. I was wrong. It did.
Author:
Carol Whites
Writer