Stevan Overby
Not exactly in &quot;Germany&quot;... In 1909, Bugatti founded the company that bears his name in the village of Molsheim. This is where things start to get slightly blurry. Molsheim is in a region called Alsace. Today, Alsace is part of France. In 1909, however, it was part of Germany, which had taken it from France in the Franco-Prussian war of 1870.

gracelind
if not Italy then its got to be Germany

Ken Putnam
Therese Mcbride, Did you read the explanation?

Lora Austin
I was lucky enough to see a Bugatti Royale in a car museum once. Incredible!

Louise C.
Love the look of the Bugatti Veyron , but just slightly above what I can afford for a car :) 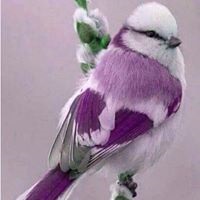 David Colloby
thought i was Italy but not there so chose France
Author:
\\ZaiN//
Writer