In which country would you find “Milford Sound”?

A fjord is a long, narrow, deep inlet of the sea between high cliffs, as found in Norway and Iceland, typically formed by submergence of a glaciated valley. Milford Sound is a fjord formed by a process of glaciation over millions of years and is located in the south west of New Zealand's South Island. It is within Fiordland National Park, "Piopiotahi" (Milford Sound) Marine Reserve, and the "Te Wahipounamu" World Heritage site.

The fjord is named after Milford Haven in Wales, while the Cleddau River which flows into the sound is also named for its Welsh namesake. The Māori named the sound “Piopiotahi” after the thrush-like piopio bird, now extinct. “Piopiotahi means" a single "piopio", harking back to the legend of Māui trying to win immortality for mankind—when Maui died in the attempt, a piopio was said to have flown here in mourning.

Described by Rudyard Kipling as the "8th wonder of the world", the cliffs rise vertically from the waters and waterfalls cascade downwards from as high as 1000 metres.

Debra Coleman
I have been lucky enough to visit twice, both times perfect weather and just stunning.

Louise C.
It is an absolutely stunning place and I hope to get to see it again one day.

Howard Gerritsen (Semiotician)
Cruised through there a couple of years ago. One of the most beautiful, scenic days in my life.

Clayton Dean Brannon
One of the most beautiful places I have ever visited.

Cheryl Perkins
It is on my bucket list to visit. 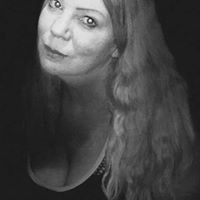 Liesl Timms
Nice to get a Kiwi question for a change .
Author:
Silvia Levame
Writer