In which sport did Alexander Ovechkin become famous?

Alexander Mikhailovich Ovechkin (born 17 September 1985) is a Russian professional ice hockey left winger and captain of the Washington Capitals of the National Hockey League (NHL). Nicknamed "Ovi" (alternatively spelled "Ovie") and "the Great Eight", Ovechkin is widely considered to be one of the greatest goal scorers of all time.

Ovechkin began his professional career with Dynamo Moscow of the Russian Superleague. In the 2005–06 NHL season, Ovechkin's first with the Capitals, he scored 52 goals and 54 assists to lead all rookies in points, capturing the Calder Memorial Trophy as rookie of the year and finishing third overall in league scoring.

He has won the Maurice "Rocket" Richard Trophy, awarded annually to the NHL's leading goal scorer. In 2017, Ovechkin was named one of the 100 Greatest NHL Players of all time. After ten playoff runs with the Washington Capitals, Ovechkin won his first Stanley Cup in 2018 over the Vegas Golden Knights, as well as the Conn Smythe Trophy for most valuable player in the 2018 playoffs. In 2020, Ovechkin scored his 700th career NHL goal, the eighth player to reach that mark. Barbara Bobbie DiNiscia
Gosh, I wonder what sport has the Stanley Cup

Special Patrol Group
Once again the picture gives the answer away.

jrratt
We didn&#39;t see the question only the picture

fdeisner
A picture says 1000 words. In this case it only says two words ice hockey.

Alan B Mitchell
Many people saying the picture gives the answer away. Possibly, but only if you know what the cup is, which I don&#39;t. And probably a few more don&#39;t either. I guessed but based on the uniform, not the cup. Oh, and I got it right!

Lorna Shipton
The Stanley Cup gave it away!

Chris Braid
Never heard of him before but the pic helped! 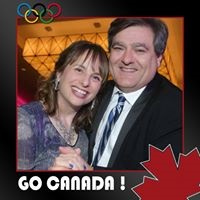 cousinvinnie
One-dimensional, lazy and one of the dirtiest players in the NHL!

Char
Barbara Bobbie DiNiscia, have no clue till now

Norm Kraut
Wish the pictures either don&#39;t give the answer away or provided with the answer. Too many questions are just what is this a photo/ picture of?

Barb Beck
Ovechkin,Ovechkin so tired of hearing his name. Get someone new to talk about. He i a loafer most of the time.

james parrillo
What a tremendous athlete! I have not heard of him, but it sounds like if I followed sports a bit better, I would recognize the name. Thank you, Christine, James&#39;s wife