In which sport did Andrés Iniesta become famous?

Andrés Iniesta Luján (born 11 May 1984) is a Spanish professional footballer who plays as a midfielder and is the captain of J1 League (top division of the Japan Professional Football League) club Vissel Kobe. Considered one of the greatest midfielders of all time, Iniesta spent most of his career at Barcelona, where he served as the captain for three seasons.

Iniesta came through La Masia, the Barcelona youth academy, after an early migration from his birthplace, and impressed from an early age. He made his first-team debut aged 18 in 2002. He began playing regularly during the 2004–05 season and remained in the team until 2018. Iniesta was an integral part of the Barcelona sides that won two historic trebles in 2009 and 2015, and his 35 trophies, which includes nine La Ligas and four UEFA (Union of European Football Associations) Champions League titles, make him the most decorated Spanish footballer of all time. After twenty-two years at Barcelona, Iniesta signed for Japanese club Vissel Kobe in 2018.

Jason Negus
Ya think his Soccer Jersey was a bit of a giveaway?

RCKCreatEnt
For what sport is Pele famous for - a) ping pong; b) curling; c) soccer (football); or d) lacrosse

dmarkc
Part of the Barca team of Messi, Xavi, Newmar, Jordi Alba, Ronaldinho, Pedro, Davi Villa and Suarez. Watching soccer isn&#39;t my thing, but they were worth the time. 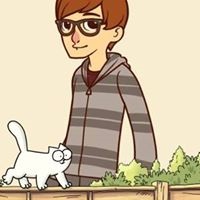 Fa Demian
I have not knowledge on Soccer , the photograph give it away

Helga U. Williams
Definitely a world footballer with that uniform! 😊

Trudy Gourlay
It is called a football top not jersey, It is made from a lightweight material, jerseys are normally very warm, not something you would like to wear while playing a football match.

Trudy Gourlay
Karen S. Wolf, it is called a football strip, not uniform.

Trudy Gourlay
It is football not soccer to the rest of the world.

Linda Dreher
There are way tooo many Lilly questions!!!!