In which year did Alaska become a state?

Alaska is a U.S. state in the northwest extremity of the United States West Coast, just across the Bering Strait from Asia. The Canadian province of British Columbia and territory of Yukon border the state to the east and southeast. Its most extreme western part is Attu Island, and it has a maritime border with Russia to the west across the Bering Strait. To the north are the Chukchi and Beaufort seas—southern parts of the Arctic Ocean. The Pacific Ocean lies to the south and southwest. It is the largest U.S. state by area and the seventh largest subnational division in the world. In addition, it is the 3rd least populous and the most sparsely populated of the 50 United States; its population—estimated at 738,432 by the United States Census Bureau in 2015—is more than quadruple the combined populations of Northern Canada and Greenland. Alaska's economy is dominated by the fishing, natural gas, and oil industries, resources which it has in abundance. United States armed forces bases and tourism are also a significant part of the economy.

On March 30, 1867, the United States purchased Alaska from the Russian Empire for 7.2 million U.S. dollars, or approximately two cents per acre ($4.74/km2). The area went through several administrative changes before becoming organized as a territory on May 11, 1912. It was admitted as the 49th state of the U.S. on January 3, 1959.

Howard Groopman
Same year as Hawaii. Alaska first on 1-3-59, which I still remember from school days 61 years ago.

Richard D. Boyle
When I got my first overseas assignment to Guam in 1958, neither Alaska nor Hawaii were states. When I returned in 1960, both had joined the union...and so had my daughter who was 18 months and is now 62 with multiple sons and grandsons and is the best mother I know. Happy Mother’s Day, Toni. Love, Dad

Kath Thomson
ninakamwene, maybe. If you ever go go Alaska you will find that they are more aligned to Canada, to which they are connected, than to the US which is so far away. The only way from the US to Alaska by road is via Canada.

Charli Robinson
Lived there for 23 yrs. Cried when I left.

Peter Robertson
There are TWO states with less population? Unbelievable that !

teresab
I knew the USA bought it from Russia in the 1860s, learnt that from &quot;Wagon Train&quot; which is often not historically correct.

Denise Currie
Wasn&#39;t quite sure of the exact year but knew it was within my lifetime

Wayne Linburg
That panhandle of Alaska should belong to British Columbia, Canada !

Stephen W. Gerrard
It helped that the other dates were obviously wrong. I knew it happened during my childhood. 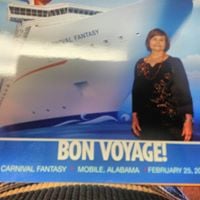 Ann Young
I lived in Alaska when it became a state. Lived in Hawaii 3 years later.

Mic Fenst
Living in Alaska is wonderful, but we&#39;re still treated like aliens in many regards.

Karen W
Brad Schwebler, Well it is a brian l question. His are all easy.