When did this happen?

The Hindenburg disaster took place on the 6th of May, 1937, as the German passenger airship LZ 129 Hindenburg caught fire and was destroyed during its attempt to dock with its mooring mast at Naval Air Station Lakehurst, which is located adjacent to the borough of Lakehurst, New Jersey, United States. The disaster left 36 people dead. 97 people were on board.

This enormous rigid airship was considered the pride of Nazi Germany and still remains largest airship by envelope volume.

Joseph A. Robitaille
It was because we wouldn&#39;t sell them helium and so the had to used Hydrogen gas...

Edie Koller
9 years before I was born but I heard about it in school.

Elsy O. Stromberg
Nancy Chisholm: Well now they are. I&#39;m not familiar with a lot of things asked on here either. Part of participating in this is to learn about things you&#39;re not familiar with.

OmafromAlberta
Nancy Chisholm, Isn&#39;t it the purpose of unfair questions to stimulate learning? Geoff Doherty
Why say &#39;Don&#39;t be upset&#39; if I submit an incorrect answer? I&#39;m not a snowflake and doubt whether many snowflakes would enter your quizzes.

puppykokoro
Anyone got this from watching Myth Busters?

Dave Weaver
Joseph A. Robitaille, I think The Mythbusters came to the conclusion that it was the paint on the skin of the dirigible that caused the fire.

Sue Philpot Bell Joyner
I wish the answers were further apart. I got it because I guessed. Most people don&#39;t know exact dates but should know decades or eras. 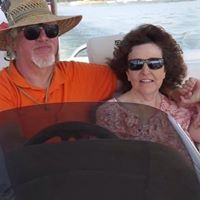 Kathy Giannotti
Karin Johansson, the Nazis were Socialists. The KKK are definitely not Socialists.

ninakamwene
I did not know that

tdelisi
Personally speaking, I hate these types of questions which give 4 choices, separated by 1 year each.