In which year was the first recognizable social media site launched on the Internet?

The first recognizable social media site, Six Degrees, was created in 1997. It enabled users to upload a profile and make friends with other users. In 1999, the first blogging sites became popular, creating a social media sensation that's still popular today.

AOL Instant Messenger and SixDegrees.com launched in 1997. Instant messaging was born, giving users the freedom to chat with friends, and create a profile. AOL was probably the true precursor to today’s social networking sites. The member profiles allowed its users to write a biography and share details about themselves. The profiles were searchable so people could look your profile up. It was the most innovative feature at that time.

Other sites followed suit, creating social networking sites such as Classmates, Friendzy, Hi-5, just to name a few. Many were dating sites, while some were more niche driven. For example, Classmates allowed users to reconnect with old classmates, pals, bullies and crushes. It was a hit immediately, and today Classmates still has some 40,000,000 registered users.

SixDegrees.com is one of the earliest social networking sites, but did not gain the same success. The idea is based on the theory that people are separated by no more than six degrees from one another. It also allowed users to create profiles, make groups, search and invite friends. Maurice Carlier
After I guessed 1996 (wrong) and read a few of the whiners comments I researched the Q&amp;A on line - seems to me it was a pretty fair Q and an informative answer. Guess you could argue that having a choice of 1996 1997 &amp; 1998 is “ unfair” because you got it wrong. But surely Quizz Club is as much about learning interesting Trivia as getting 100% and proving how smart or how dumb you are? I learned about 6 degrees - a site I had not heard of. Had I answered 1997 I would probably have said “got it” and clicked on next Q and been forever ignorant of the name of the first social media site &#128562; 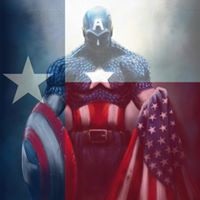 William Michael Vondran
IRC was the first social media service. It was invented in 1988.

Darlene Davidson
Questions that ask for specific dates, especially when the dates are within a year apart, really don&#39;t ask a question, they ask for good guessing. I guessed correctly this time but it was a guess, not the recall of knowledge about social media and its variety and development which was addressed in the answer. Asking questions about dates is like asking how many beans are in a jar. People often don&#39;t remember important dates like birthdays and anniversaries. Why the hell would they remember when social media started?

Laurie Johnson Gonzalez
Grant McIntosh, Apparently you do since quizzclub could be considered a social media site. Thomas Begeng
I really don&#39;t like these very vague and ambiguous questions - what&#39;s the definition of; a. &quot;a social media site&quot;- does this include blogs?, group email exchanges? group instant messaging (yes this existed before Twitter) do they include video exchanges (eg Youtube)? To me &quot;social media sites&quot; are not restricted to Facebook, Myspace, Linkedin type platforms. b. &quot;recognizable&quot;?- recognizable by who? long standing tech geeks or the average Joe / Jane? c. what does &quot;launched&quot; mean? - made available? to who? a closed group of users, by subscription via the broader &quot;internet&quot;? Why this is problematic.....university based chatrooms were invented in the early 1970&#39;s and migrated to &quot;the internet&quot; in 1983 when ARPANET adopted TCP internet protocol and the web started so are these the first social media sites? (even if you&#39;re in the camp that says Tim Burners Lee of www. fame (1990) created the internet - this is still way before 1997 What about BBS (Builtin Board Systems) - open access blog/ file / media / gaming exchange systems that were around in the early 1980&#39;s to mid 1990&#39;s where you could find people of similar interests to exchange thoughts and files with (just like Facebook for geeks) And what about ICQ (group instant messaging) and bolt (multi content social media site) they both started in 1995 or 1996? Questions should be specific not so open ended that many answers fit depending on perspective and interpretation

Rob Farr
A lucky guess, I have to be honest … still, it all counts, I guess.

purpleeyes
John Dalby, Me too John Dalby
Used ICQ myself and sure that was in early 90s.