India is divided up into how many states and territories?

India is a federal union comprising 29 states and 7 union territories, for a total of 36 entities. The states and union territories are further subdivided into districts and smaller administrative divisions. The Constitution of India distributes the sovereign executive and legislative powers exercisable with respect to the territory of any State between the Union and that State.

The Indian subcontinent has been ruled by many different ethnic groups throughout its history, each instituting their own policies of administrative division in the region.

During the 'British Raj', the original administrative structure was mostly kept, and India was divided into provinces that were directly governed by the British and princely states which were nominally controlled by a local prince or 'raja' loyal to the British Empire, which held 'de facto' sovereignty (suzerainty) over the princely states.

Between 1947 and 1950 the territories of the princely states were politically integrated into the Indian Union. Most were merged into existing provinces; others were organised into new provinces, such as Rajputana, Himachal Pradesh, Madhya Bharat, and Vindhya Pradesh, made up of multiple princely states; a few, including Mysore, Hyderabad, Bhopal, and Bilaspur, became separate provinces.

The new Constitution of India, which came into force on 26 January 1950, made India a sovereign democratic republic. The new republic was also declared to be a "Union of States".

filmnut
I absolutely do not think that the people who Author these questions and tests know what they are talking about. The thing that bothers me the most is they are considered the leaders or people Scoring higher than we the “ Players”.

Special Patrol Group
Your answer is out of date Griselda, as of 2019 there are 28 and 9.

Marian Spitzig
This needs a date stamp. India currently (2019) has 28 states and 9 territories.

Albert
It has changed. Could have kept as &quot;as of 2018&quot; before the question. Glad that I remembered it. 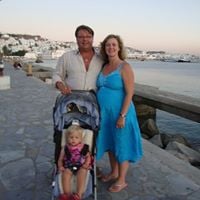 Dario Gritti
If I&#39;m not mistaken, one of the states was split into 2 about 5 or 6 years ago creating the 29th state and India re-jigged it&#39;s territories a few months ago. I just remembered that there were now *29* states and picked that suggested answer. I was right! It would be nice if the write-up actually explained it. Also, given the conflicting info on Wikipedia, I strongly suggest that someone bring all the articles up-to-date using Government of India data.

Neelanjan Roy
Should mention as on date.

Special Patrol Group
filmnut, There is nothing stopping you in creating questions yourself. There would be no quizzclub website without people creating the questions.