Kal-El is the real name of which superhero?

Superman was born Kal-El of House of El on the planet Krypton. As an infant, he was rocketed to Earth by his father Jor-El, just a few moments before their planet was destroyed. The baby was discovered by a ordinary farmer and his wife. They adopted him and raised as their own son under the name of Clark Kent.

Even when the boy started to display his various superhuman abilities, his foster family didn't give up him. Clark was raised by wise and kind people. No wonder he decided to use his powers for the benefit of humanity, through a secret "Superman" identity. John Seiple
babafrby, comic books, especially golden and silver age comics are indeed a HUGE (ain’t yelling fun?!) part of cultural history of millions of folk. Millions. Obviously, you chose to react without processing....much like Lex Luthor... are you possibly thinking to take over the world?

Lindsay Fussell
What did babafrby say? I see comments refuting her apparently negative opinion of this question yet I cannot find her original comment. This seems to be happening with more and more frequency recently. ‘zup with that?

Joanne Serin
Teresa Green, no one said he wasn&#39;t fictional.

perkyposey
Steven Ernest Scott, In 2004, Mark Waid&#39;s Superman: Birthright series says the S-Shield is the Kryptonian symbol for &quot;hope&quot; and Superman believes it may have begun as a coat of arms for the House of El. Later, writer Geoff Johns confirmed it was indeed a coat of arms, as well as a symbol for hope.

Irene Townsend
Knew Superman was from the Planet Krypton but can&#39;t remember if he had a known name or not, but it was very good informative answer.

Teresa Green
Just a brief note...Superman does not exist....he is a fig biscuit of someone&#39;s imagination.

stellaclaude
Super heroes have been a huge part of pop culture for a very long time... and still going strong, I might add. There will always be fans of super heroes! Carl Belken
Lindsay Fussell, I think that after so many down votes the comment disappears. docluci
Did not recall Superman’s birthplace or name.

Lynne Zeman
Did the names progress alphabetically? Jor/Kal/ I am not not comics nerd (no offense, know and love many who are). But is that why mom and girlfriend are &quot;L&#39;s&quot;???? 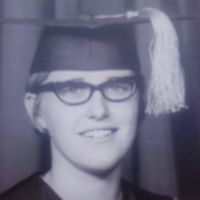 Judy Wilson
I didn’t know that Superman had been adopted and what his name was before. I only knew him as Clark Kent. Although as a kid my brother and I only spent our allowance on “The Classics” comic books.
Author:
Special Patrol Group
Writer