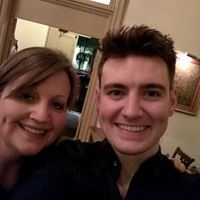 jonbroberts
Been there. At my first visit the hike down was not safe. It&#39;s been improved a little.