On the US TV drama series "Columbo", which actor played the murderer more times than anyone else?

On "Columbo", the US 1963 – 2003 TV drama series, starring Peter Falk as Columbo (a homicide detective with the Los Angeles Police Department), the clever actor who played the murderer more times than anyone else was Patrick McGoohan. McGoohan made four appearances on the crime series "Columbo" and was the murderer more than any other actor.

While he worked on the show, McGoohan received two Emmy Awards for his work. He told reporters on several occassions that he really enjoyed working with his long-time friend Peter Falk. McGoohan also said that his first appearance on "Columbo" (episode: 'By Dawn's Early Light', 1974) was probably his favorite American screen role.

During the series, McGoohan was allowed to direct five "Columbo" episodes (including three of the four in which he appeared), one of which he also wrote and two of which he also produced. McGoohan was involved with the "Columbo" series in some capacity from 1974 to 2000. Plus his daughter Catherine McGoohan appeared with him in his final episode, 'Ashes to Ashes' (1998). The other two "Columbo" episodes in which McGoohan appeared are 'Identity Crisis' (1975) and 'Agenda For Murder' (1990).

Patrick Joseph McGoohan (1928 - 2009) lived to be 80 years old. He was an Irish-American actor, screenwriter, producer and director. He began his career in the UK in the 1950s; he relocated to the US in the 1970s. He is known for the British TV series "Danger Man" and the surreal psychological drama "The Prisoner". 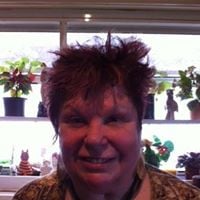 Nicholas Miernicki
&quot;Danger Man&quot; was shown in the US as &quot;Secret Agent&quot; in the 60&#39;s and I thought it was a great show. I always enjoyed Patrick McGoohan in everything he did.

Angeles Dembowski
McGoohan could play any character and be totally believable. 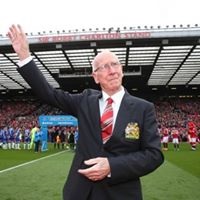 Colin Willmott
One of the greatest detective drama series ever made!

Phoebe Figalily
Mark Yakabuski, 1968 was a pilot. I don&#39;t know that that&#39;s considered part of the running series.

Phoebe Figalily
Good options to choose from. I pictured Jack Cassidy for whatever reason.

catmom
I always loved Peter Falk in columbo &amp; I also loved Patrick Mcgoohan in Secret Againt Man &amp; The Prisoner too. I did see the Columbo video with Peter Falk falling down the hill.

seane
I didn&#39;t know their names but as soon as I saw his face I knew the correct answer!

Char
Thanks Majority never watched it to know

timwhitestevens
Angeles Dembowski, I agree. He was a great actor.

timwhitestevens
Bob Gorby, Thank you; I did not know that.

Bob Gorby
“Danger Man” screened in the US as “Secret Agent Man”.

Steve Tingle
Loved the story about when they brought Columbo back after a hiatus and wanted his original car but because it had become famous the cost was considerably more than it had cost when new - luckily it had been preserved by someone.