Prince won seven (7) Grammy Awards from a total of 32 nominations. Among his wins was the one for Purple Rain, Best Rock Performance By A Duo Or Group With Vocal and Best Album Of Original Score Written For A Motion Picture Or Television Special. Also, in 1984, there was the notable win for Best Rhythm & Blues Song for Khan's "I Feel For You". Next, "Kiss" was a special win for Best R&B Performance By A Duo Or Group With Vocal in 1986. Additionally, the 1982 album 1999 and Purple Rain were inducted into the GRAMMY Hall Of Fame in 2008 and 2011, respectively. Plus, Prince also won the Music (Original Song Score) Oscar in 1984 for Purple Rain and was inducted into the Rock and Roll Hall of Fame in 2004.

Regarding his personal background, Prince was born Prince Rogers Nelson in June 1958. He was an American singer, songwriter, multi-instrumentalist, record producer, and actor. He was a musical innovator and known for his eclectic work, flamboyant stage presence, extravagant dress and makeup, and wide vocal range. His music integrates a wide variety of styles, including funk, rock, R&B, new wave, soul, psychedelia, and pop. He sold over 100 million records worldwide, making him one of the best-selling artists of all time. Prince died at his Paisley Park recording studio and home in Chanhassen, Minnesota, on April 21, 2016. He was 57 years old at his death.

burkeybm
Larry Jones, His recording studio was also his home, which is where he died.

klmilles
A musical genius killed by his secret opioid addiction. Such a waste. I hope his musical vault is fully opened and disseminated during my lifetime. I want to put on purple and dance. 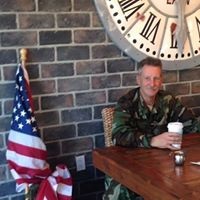 James Chartier
Talented artist, wrote many songs for other artists as well.

TSH
I really need to stop relying on majority vote. Lately, they don’t know any more than I do.

billyboy915
Diane Herbert Wall, Have you listened to Raspberry Beret, When Doves Cry, Let&#39;s go Crazy, or Little Red Corvette? These are some of my favorites. He also wrote music for other artists. You may be familiar with Sinead O&#39;connor&#39;s version of Nothing Compares to U, Manic Monday, written specifically for the Bangles, Shaka Kahn&#39;s I Feel For You, or Sheila E&#39;s The Glamorous Life. He also put in a stellar performance in a group tribute to George Harrison, playing lead guitar for While My Guitar Gently Weeps, demonstrating a total mastery of the guitar. He was a talented composer, musician, and pedformer. These songs are all available on YouTube. You might want to give him a listen. Let me know what you think.

Diane Herbert Wall
Have tried listening to his music--maybe I&#39;m too old.