Refering to some particularly ugly wallpaper, who said "One of us has got to go"?

Oscar Wilde was a celebrated 19th-century Irish author, poet and playwright. He authored the classic 'The Picture of Dorian Gray', a Gothic tale about a man who traded his soul in exchange for eternal youth.

But Oscar Wilde was best known for his sharp and original wit, which was highly appreciated by Victorian aristocrats, and he became a coveted guest to socialite gatherings. His many famous quotes and witticisms include:

"Everything in moderation, including moderation."

"I don't want to go to Heaven. None of my friends are there."

"The only good thing to do with good advice is pass it on; it is never of any use to oneself."

Despite marrying and fathering two sons, Wilde was also prone to homosexual tendencies, which tragically proved to be his undoing. After seducing the adult son of a Marquess, Wilde was publicly shamed and sentenced to two years of prison and hard labour.

Upon release in 1895, he left England and found exile in Paris. By the end of 1897, Wilde was ill, indebted and forced to find cheap lodging. His last months were spent on a room in the dilapidated 'Hôtel d'Alsace' whose décor was far below the standards of his previous aristocratic hosts. His last words of wit were to his publisher: "My wallpaper and I are fighting a duel to the death. One of us has got to go".

On November 30th 1900, Oscar Wilde died of meningitis, a sequel to a prison injury as reported by his French physicians.

The Hôtel d'Alsace has since been redecorated. Patrick Beret
Great question! The world could use another Oscar Wilde

Coral Harvey
Trust Wilde to even make a funny quip on his death bed. Hope I can do the same !

Robin Heckler
I loved this question and really thought any of the options could have been the answer. They all gave me a bit of a chuckle picturing them happening. I enjoyed this one. Nice job Denise.

Player
All questions and answers should be as good as this one. 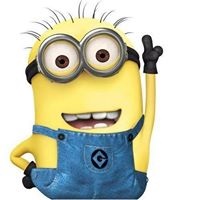 Chris Brown
I was familiar with this quote but was unsure of its origin and got it right. However, sorry to be pedantic, but it&#39;s &quot;referring&quot; (double R)

Howard Groopman
Some very inventive choices. The &quot;got to go&quot; part gave me a big clue. JohnnyRoulette
I always wanted to write a play about Wilde on his death bed. You know he was planning to go with a snarky quip. But I thought it would be funny if he had to use more than a few different lines. Y’know, every time he might have thought his time was up…but it wasn’t yet. The stress to keep coming up with a new line!

William Laughlin
teacherchicky, If those weren&#39;t his last words, what were they?