Since the bullet train has run in Japan, how many fatalities has it suffered, as of 2019?

The Shinkansen, colloquially known in English as the bullet train, is a network of high-speed railway lines in Japan.

The original Tōkaidō Shinkansen, connecting Tokyo, Nagoya and Osaka, three of Japan's largest cities, is one of the world's busiest high-speed rail lines. In the one-year period preceding March 2017, it carried 159 million passengers, and since its opening more than five decades ago, it has transported more than 5.6 billion total passengers. The service on the line operates much larger trains and at higher frequency than most other high speed lines in the world. At peak times, the line carries up to thirteen trains per hour in each direction with sixteen cars each (1,323-seat capacity and occasionally additional standing passengers) with a minimum headway of three minutes between trains.

Over the Shinkansen's 50-plus year history, carrying over 5.3 billion passengers, there has been not a single passenger fatality or injury due to train accidents.

krkyates
It&#39;s amazing...Japan as a country is so different than the USA. Kelly Tharp
I wonder about how many animals these fast trains kill. No word on that kill rate.

Bob Watt
Susan Scholtz, This was on a &quot;standard&quot; line - not the Shinkansen. 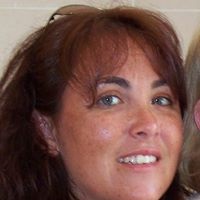 Susan Scholtz
I am not so sure this is accurate. There are reports of a train hitting a truck, allegedly there was one fatality there and about 34 other injuries - this occurance is reported as having happened in 2019. There is also a report that a passenger was hit by a bullet train but it was suspected that this was a suicide - this is reported as having happened in 2018.

Karin Johansson
dan armstrong, source on that? Because there are not any on Google. Only about an italian train. Inez Ramos
And he didn’t die? Wowwww he was lucky. John Moore,

Bruce Means
krkyates, They work hard at it, and good on them.

jgetzler
When in the Navy in the early 70&#39;s ride on it when in port

Lisa Rodrigues
What about the number of train related suicides?

Jeff Carter
louise morr, British Rail ceased to exist in 1997. Do try to keep up...

Jeff Carter
Christina Birnie, how many passenger fatalities have there been on UK trains in the last ten years?