St. Augustine in Florida is the oldest city in the U.S. True or false?

It's True. Let's remember the history of this place:

The architectural legacy of the city's past is much younger, testimony to the impermanent quality of the earliest structures and to St. Augustine's troubled history. Only the venerable Castillo de San Marcos completed in the late seventeenth century, survived destruction of the city by invading British forces in 1702.

By the way, St. Augustine can boast that it contains the only urban nucleus in the United States whose street pattern and architectural ambiance reflect Spanish origins.

lls
Picked correctly, but the debate goes on that Santa Fe was established--however &quot;informally&quot;--long before St. Augustine...does someone have a definitive source, either way?

M. Baker
The answer should be Taos NM of Sante Fe as both have been inhabited lo ger than St. Augustine.

Maia
And the oldest continuously inhabited settlement not of European or African origin is Taos, New Mexico.

carlsmith
Didn&#39;t know this honestly. Got it right by looking at the choices. 3 false answers was a give away in my opinion.

russellvennell
I went there when I was 12 and remember seeing the scratches that prisoners (Seminole Indians that he thought could show him where the fountain of youth was hidden) made on the walls of the cells...symbols...glyphs, whatever, I remember feeling an overwhelming sadness and couldn&#39;t understand why...until I talked to my dad about it

russellvennell
Wendy Wilkins Valdez, it was Ponce de Leon (Spaniard) looking for the fountain of youth, no joke! Had nothing to do with blacks until he became governor of Puerto Rico, love that island 😚 Rebecca Stephens Christian
i remember studying the Spanish founding of St. Augustine. However, I do not recall being taught that there was &quot;African-American influence. Were there Africans aboard their ships that long ago? And even if that were true, they could not have been African Americans , because there was no United States of America in existence. I recommend that you delete that question,

vasily tchaikovsky
Good Q and A. Thanks

andrew anna
Got it.

andreafarley
I live in St Augustine! 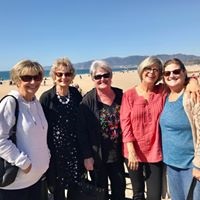 Barbara Wright
Probably true but I grew up in Santa Fe New Mexico and always heard that Santa Fe was the oldest city. Been many years since I looked up any information about it so I’m not starting a debate but just stating what I learned as a child. 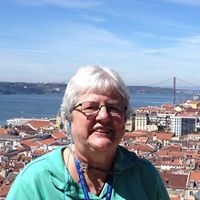 Grace Jackson
Traveled there with my dad in 1947 and got my history lesson! Got it right!