The arctic woolly bear moth's caterpillar life cycle may extend up to how many years?

Gynaephora groenlandica, the arctic woolly bear moth, is an erebid moth endemic to the high Arctic, specifically the Canadian archipelago and Greenland. It is best known for its slow rate of development, as its full caterpillar life cycle may extend up to 15 years, and 4 years may elapse between molts. This species remains in a larval state for the vast majority of its life. Unique among Lepidoptera, it undergoes an annual period of diapause that lasts for much of the calendar year, as G. groenlandica is subject to some of the longest, most extreme winters on Earth. In this dormant state, it can withstand temperatures as low as −70 °C.

This species has an alpine subspecies which is notable for its geographic distribution south of the High Arctic. Females generally do not fly, while males are much more active in this capacity. The arctic woolly bear moth also exhibits the behavior of basking, which aids in temperature regulation and digestion and affects both metabolism and oxygen consumption. G. groenlandica may also represent a useful indicator species for the effects of global warming in the High Arctic due to temperature-based feeding tendencies.

banefire
The correct answer is 7 years

Fred Zeb Fudpucker
I found that depending on the website it&#39;s 7 to 14 years, more say 14 by about three to one. BUT, no where could I find one that said 15 years! Help me Lord!

skullfire
Wrong answer. This question should be removed. 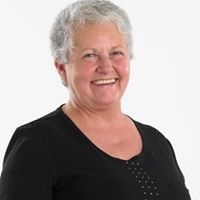 Claire Wilkinson
Wrong! The arctic woolly bear moth&#39;s caterpillar life cycle may extend up to how many years? Gynaephora groenlandica, the arctic woolly bear moth, is an erebid moth native to the High Arctic in the Canadian archipelago, Greenland and Wrangel Island in Russia. It is known for its slow rate of development, as its full caterpillar life cycle may extend up to 7 years, with moulting occurring each spring. Species: G. groenlandica Genus: Gynaephora Gynaephora groenlandica - Wikipedia

jonbroberts
Bob DeSuza, It&#39;s 7 years as a caterpillar before it becomes an adult. 14 is the lifespan.

jonbroberts
Patrick Toomer, It&#39;s 7 years before it becomes an adult. 14 is the lifespan.

jonbroberts
June Abramowitz, It&#39;s 7 years before it becomes an adult. 14-15 is the lifespan.

jonbroberts
Jhan Schmitz, It&#39;s 7 years before it becomes an adult. 14 is the lifespan.

jonbroberts
Claire Wilkinson, It&#39;s 7 years before it becomes an adult. Then 7 more as an adult. 14.

jonbroberts
It&#39;s 7 years before it becomes an adult. 14 years is the typical high end lifespan. Only one reference in 9 mentioned 15 years. The rest all say 14.

Liz Hamilton
That doesn&#39;t agree with many sites I looked at. Fact-checking should be a requirement!

LibraryLady
Fred Zeb Fudpucker, there is a site uk.inaturalist.org that says 15 years. Whether or not it is accurate, I don&#39;t know Kareem Kamal
Another erroneous Q&amp;A. About 3 in 10 are in this category. Standards are so low the International Membership has dropped from over 300,000 to about 50,000 (variable) in 2 years.

Jerry Edwards
But even this reference doesn&#39;t state 15 years, Mr Wilkes! 14 years The rest of their lives are spent frozen and dormant. The woolly bear caterpillar&#39;s life-span is up to 14 years, the longest life-cycle of any butterfly or moth. During the winter, the Arctic Woolly bear caterpillar freezes and becomes dormant. https://ccswoollybearcaterpillarbaum1.weebly.com › ... Information - Woolly Bear Caterpillar
Author:
David Wilkes
Writer