The Isles of Scilly are an archipelago off the coast of which English county?

The population of all the islands at the 2011 census was 2,203. Scilly forms part of the ceremonial county of Cornwall, and some services are combined with those of Cornwall. However, since 1890, the islands have had a separate local authority. Since the passing of the Isles of Scilly Order 1930, this authority has had the status of a county council and today is known as the Council of the Isles of Scilly.

Cornwall is a county in South West England, bordered to the north and west by the Celtic Sea, to the south by the English Channel, and to the east by Devon, the River Tamar forming the border between them. Cornwall is the westernmost part of the South West Peninsula of the island of Great Britain. The most south-western point is Land's End and the southernmost Lizard Point. Cornwall has a population of 563,600 and an area of 3,563 km2 (1,376 sq mi).

The county has been administered since 2009 by the unitary authority, Cornwall Council. The ceremonial county of Cornwall also includes the Isles of Scilly, which are administered separately. The administrative centre of Cornwall is Truro, its only city.

Andy the educated troglodyte
Cheryl Johnson, So is his wife, Mary...at least, her ashes are.

Diane Herbert Wall
I put Cornwall, why did it say I chose Hampshire?!!!?

Gail Nemetz
Anita Clark Morton, I think he was trying to be funny. Scilly=Silly.

Chriss Crockford
I have been there , interesting little islands.

Anita Clark Morton
Keith A Hulse, Why?? Did you get it wrong?? Nobody else complained 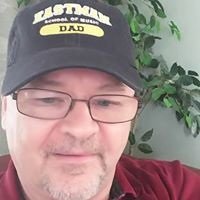 Keith A Hulse
Silly question if you ask me

John W Shreve
Looked out on that 1

Emma Clements
Cornwall is beautiful! I visited many years ago. Cheryl Johnson
Grant McIntosh, he is buried there.

Denise Currie
I have never visited there but it is on my list of places to see
Author:
Special Patrol Group
Writer