The Kingdom of the Netherlands consists of how many countries?

There are several examples of sovereign states that consist of more than one country: for example the UK is made up of four countries, England, Scotland, Wales, Northern Ireland. Did you know that something similar is true of the Netherlands, constitutionally? The Kingdom of the Netherlands is a sovereign state and constitutional monarchy with territory in western Europe and in the Caribbean. The four parts of the Kingdom – Aruba, Curaçao, Sint Maarten and the Netherlands – are its constituent countries and they participate on a basis of equality as partners in the Kingdom.

Bill Coe
RCW, Appears that YOU could have done some research before calling someone else out, especially in such a nasty manner. And, by the way, all questions are subject to an extensive peer review before being published. The four parts of the kingdom—the Netherlands, Aruba, Curaçao, and Sint Maarten—are constituent countries (landen in Dutch) and participate on a basis of equality as partners in the kingdom. Perhaps you can count them RCW. But, just to recap, it is: 1. the Netherlands, 2. Aruba, 3. Curacao, 4. Sint Maarten. Yup, seems that made 4.

William Laughlin
RCW, I&#39;m getting tired of all those who complain in ALL CAPS, moan about how wrong the answers are, yet offer no corrective information along with verifiable support for their assertions.

Lydia Coutts
That I did not know. Great question! So does Holland refer only to the European country? I recall reading that it should not be referred to as &#39;the Netherlands&#39; but simply &#39;Netherlands&#39;, however no-one does this!

Cheryl Perkins
I didn&#39;t know that.

Ed Taber
Jakob Gerber, The Dutch once owned &#39;New Amsterdam&#39; and &#39;Cape Town&#39; then they were both stolen so the Dutch made the great trek but when they found gold and diamonds the same bandits stole that too. Hans Maes
Lydia Coutts, Holland is only part of the European Country. In essence Holland refers to the two provinces, North and south Holland. The country consist of 12 provinces. Holland was the powerful part in the golden age, with Amsterdam as the powerful trading centre. Alfredo Rivas Lairet
¿what about Bonaire?

ninakamwene
What! I did not know that. Thank you.

Claire Mitchell
Knew that since I cruised in the Caribbean so many times.

Jakob Gerber
Interesting in respect to the U.K. . If you ever want to start a heated conversation with the English,start talking about Ireland. You’ll notice the mention Northern Ireland, and not the Republic of Ireland ...

Marcella Kosse
I knew it was 3 or 4, but guessed the wrong one. 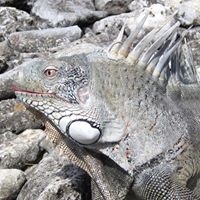 Ed Madden
Bill Coe, After 10/ 10 / 10 it has changed Aruba Curacao are independent no longer part of the kingdom

Ed Madden
Bill Coe, Bill Coe, This info is wrong After 10/ 10 / 10 Aruba Curacao are not part of the Netherlands Bonaire and Saba have become part of the kingdom .