The last Roman Catholic Archbishop of Canterbury took office in which century?

The Archbishop of Canterbury is the spiritual leader of the Church of England and in the Anglican Communion the leader of its mother church. He is the head of the Church and lives in the English city of Canterbury. The Archbishop is chosen by the English monarch (the church's "supreme governor"), under guidance from senior bishops, acting in cooperation with the prime minister of the UK.

The office of Archbishop of Canterbury was founded in the year 597. In that year, Saint Augustine came to England, to the area called Kent. He had been sent by the Pope to convince the local people to become Christians. The people accepted him and Christianity when their King (Ethelbert of Kent) became a Christian. Augustine became the first bishop in the kingdom of Kent and was later recognised as archbishop when a second diocese was created. Since then, there has been an Archbishop at Canterbury in Kent.

Reginald Pole (12 March 1500 – 17 November 1558) was an English cardinal of the Catholic Church and the last Catholic Archbishop of Canterbury, holding the office from 1556 to 1558, during the Counter-Reformation.

Patrick G Cox
When Augustine arrived he found the pre-Roman Celtic Church in place. At a meeting between him and his supporters and a reported forty Bishops of the Celtic church, he demanded their reordination and their placing themselves and their congregations under HIS authority. They refused, at first, to accept the supremacy of Rome, and he had to threaten the use of the Kentish army to impose Roman Catholicism. In fact Rome’s supremacy wasn’t finally accepted until the Synod of Whitby in 664. AD that the Celtic Church accepted Rome’s leadership. This early Celtic Church was far closer to the Eastern Orthodox Church than Rome, and focused on Communities under a Bishop. The majority of their ‘church’ buildings were fairly simple structures usually of wattle and daub which is why there is so little trace of them now as later followers obliterated them and built over them with far grander buildings. The fact is that the West and North of Britain hung onto Christianity even as the East ‘lost’ it. Augustine had an easy ride when he arrived as most of the ordinary people already knew Christianity. It was, as ever, the ruling classes who were the “unbelievers”.

Gary Chadwick
Knew it would have probably been under Q Mary 1 as she was the last Monarch to have Catholicism as the countries religion.

Jerry Edwards
Alan Waites, I like your thought process, and it is right but the answer is moreso with Queen Mary. She was on the throne from 1553-1558 and was responsible for counter reformation, hence Bloody Mary.

Chriss Crockford
Canterbury is a lovely historic city, well worth a visit. 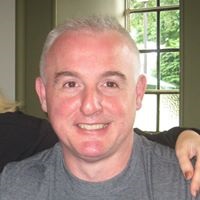 John D Thomas
And why Canterbury? Because London had been abandoned by the time Augustine arrived while Canterbury was alive and well.
Author:
Special Patrol Group
Writer