The Nobel Peace Prize winner in 2015 was:

Prize motivation: "for its decisive contribution to the building of a pluralistic democracy in Tunisia in the wake of the Jasmine Revolution of 2011"

After the Arab Spring - a wave of protests against entrenched regimes in North Africa and the Middle East - the struggle for democracy and human rights was slowed and beaten back in many countries. In Tunisia, the National Dialogue Quartet, a consortium of four organizations: the Tunisian General Labour Union (UGTT), the Tunisian Confederation of Industry, Trade and Handicrafts (UTICA), the Tunisian Human Rights League (LTDH), and the Tunisian Order of Lawyers, succeeded in creating a peaceful dialogue. Through a mediating role, the quartet allowed political and religious divides to be bridged, and a democratic development.

George Oliver Prince
Actually had no idea, but went with the one that sounded least likely...sometimes it works

timdrumm
Sounded like music or a dramatic reading group. Kudos to these amazing Tunisians.

teacherchicky
It should be the Tunisian National Dialogue Quartet! The other answer isn&#39;t specific enough.

Louella Wilson
I recall it being the TUNISIAN National Dialogue Quartet

Char
Scott Dentz, I know I thought they knew better than me...I was wrong

Sankararao Nagalla
GOT IT CORRECTLY

David Roy
A quartet with many movements. Scott Dentz
Seems the majority is as clueless as I was.

krkyates
Glad I was wrong, Barry H.O. never deserved it. 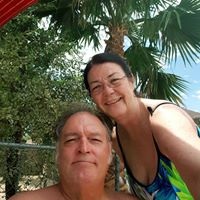 Michael H Matheny
Margaret Louise Gifford, He won it last time for virtually nothing, why not?

Rob Farr
A great idea at first but now , it&#39;s so political ... a good question about this topic anyway. Mallory
Lol, Great guessing, Got it

Margaret Louise Gifford
I just have to vote for Obama whenever given the chance!
Author:
drmaldonado
Writer