The "Rape of the Sabine Women," comes from what culture?

The Rape of the Sabine Women is an episode in the legendary history of Rome, traditionally dated to 750 BC. According to a legend, Rome was inhabited only by men. Neighboring tribes didn’t want their daughters to marry poor Romans. That is why the latter decided to abduct young girls from neighboring Sabine families. For this, Romulus invited them to a feast and when they came, Romans abducted their women. This caused the so-called Sabine war.

By the way, the English word “rape” here is a conventional translation of the Latin which means “abduct”.

This legend was always a popular subject of many works of art, especially during .

Dominic Cassidy
The poem by Alexander Pope, &quot;The Rape of the Lock.&quot; is about Hair.

Richard D. Boyle
Thank you Bill Coe for your expanded comment, the latest of many very appreciated such posts in the last couple of years.

Joseph A. Robitaille
Good A and E.

scottlarock
and a grand time it was...apologize to today&#39;s women...

George Oliver Prince
No problem, read about it in art class

Steve McVey
the original question implied the painting by Rubens was the subject of the question so there was an artistic element to it - you might want to trot down off the moral high ground there and enjoy the quiz for what it is - a simple quiz. 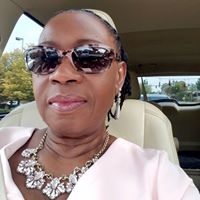 smjohnson
I&#39;m getting an education from the comments. Thank you all.

Ed Taber
picture looked like a Frat Party at UCSB.

Bill Coe
Rape does not mean rape. The first generation of Roman men acquired wives for themselves from the neighboring Sabine families. The English word rape is a conventional translation of the Latin raptio, which in this context means &quot;abduction&quot; rather than its prevalent modern meaning in English language of sexual violation. https://en.wikipedia.org/wiki/The_Rape_of_the_Sabine_Women

Debbie Dunton
The rape of the sabine women was a real, horriffic act of war perpetrated by the roman army. To ask &quot;what culture&quot; this blight on human history came from sounds like they made a literary or artistic contribution to life. Far from that...
Author:
Bewley Steve
Writer